The Countess of Wessex celebrates a Commonwealth Games first 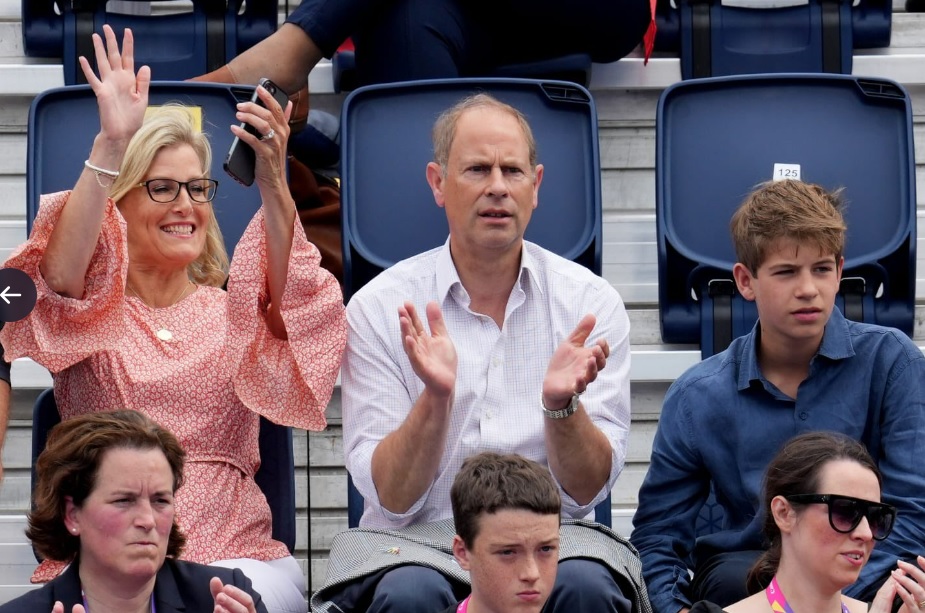 The Countess of Wessex has shared her excitement at seeing a sport she’s long supported make its debut at the Commonwealth Games.

Sophie took to social media to congratulate the teams that took wheelchair basketball to the games for the first time.

The Countess, alongside her husband, watched the finals of the 3×3 Wheelchair Basketball at the Games in Birmingham and then presented the medals. Australia took gold with Canada winning silver and England claiming bronze.

In her message of congratulations, Sophie said ‘’ It’s fantastic to see the sport making its Commonwealth Games debut’’. The Countess of Wessex is patron of British Basketball Wheelchair.

She also shared photos of the action that she’d taken as the matches unfolded.

The medal ceremony rounded off another busy day at the games for the Earl of Wessex, who is Vice Patron of the Commonwealth Games Foundation, and the Countess. Earlier, Sophie had celebrated with the England Women’s Hockey team after another win in their pool – she is also patron of England Hockey.

The Earl and Countess of Wessex have attended dozens of events since the Games began on July 29th and are set to continue their support in the coming days.

They’ve been accompanied on several visits by their children, Lady Louise Mountbatten-Windsor, and James, Viscount Severn.

They also spent time with the Duke and Duchess of Cambridge and Princess Charlotte who joined them to watch swimming heats during their first visit to the Games. Charlotte later accompanied her parents on a visit to SportsAid.