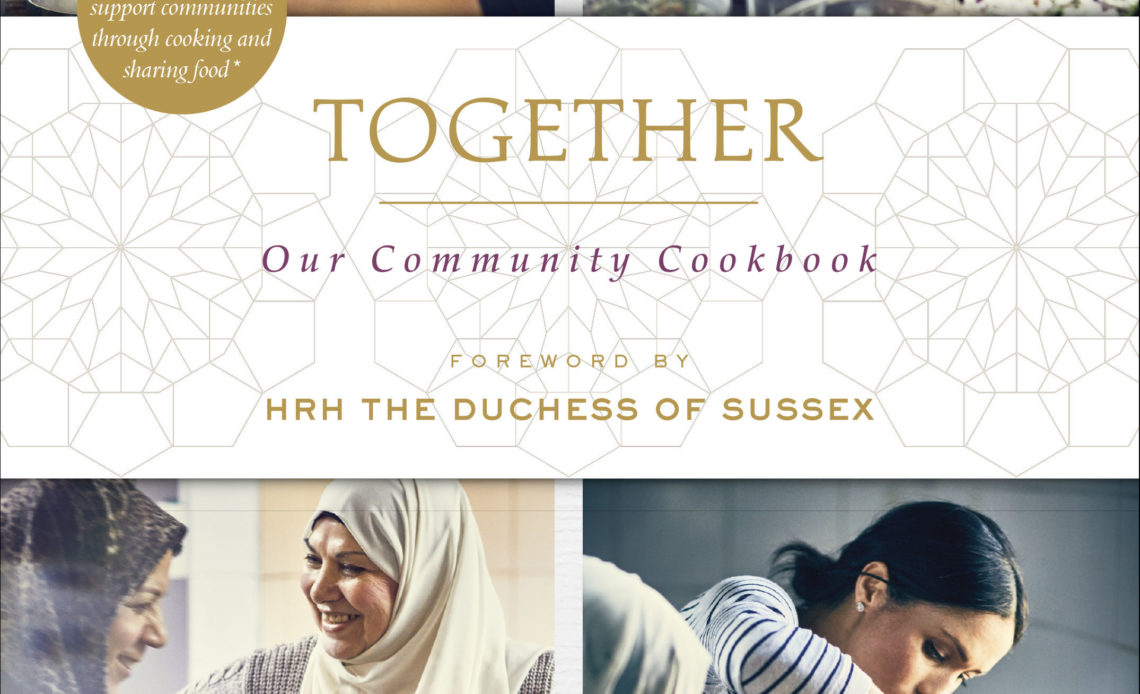 The women of the Hubb Community Kitchen can now add bestselling cookbook authors to the accolades they’ve received over the past month.

Debuting sixth on the New York Times Bestseller list for Advice, How-To, and Miscellaneous, Together: Our Community Cookbook shot to the top of the list in its first week, with the likes of books by Chrissy Teigen and Reese Witherspoon for company.

Together: Our Community Cookbook is a community endeavour from women who were displaced by the Grenfell Fire in 2017, and who use the kitchen at the Al Manaar Muslim Cultural Heritage Centre in West London to cook for their friends and family. The 50 recipes contained within include those from Europe, the Middle East, and North Africa, among other areas.

When the Duchess of Sussex moved to London following her engagement to Prince Harry, she began immersing herself in causes and charities behind the scenes. Meeting with the women who used the kitchen was one of her first initiatives, and she made her first visit in January of this year.

“I immediately felt connected to this community kitchen; it is a place for women to laugh, grieve, cry and cook together. Melding cultural identities under a shared roof, it creates a space to feel a sense of normalcy – in its simplest form, the universal need to connect, nurture, and commune through food, through crisis or joy – something we can all relate to…” Meghan wrote in the foreword to the cookbook.

When she found out that the kitchen could only operate twice a week, Meghan suggested creating a cookbook to raise money and keep the kitchen open up to seven days a week.

Meghan worked with the women as they found a publisher, and together, the women launched Together: Our Community Cookbook late last month. The Duchess of Sussex wrote the foreword to the book, which, before it was released, topped the Amazon bestseller list.

Meghan attended a book launch at Kensington Palace, where several of the women prepared their dishes for a group of friends and family, including Meghan’s own mother and husband.