Sarah, Duchess of York writes Mills and Boon romance about her great-great-aunt 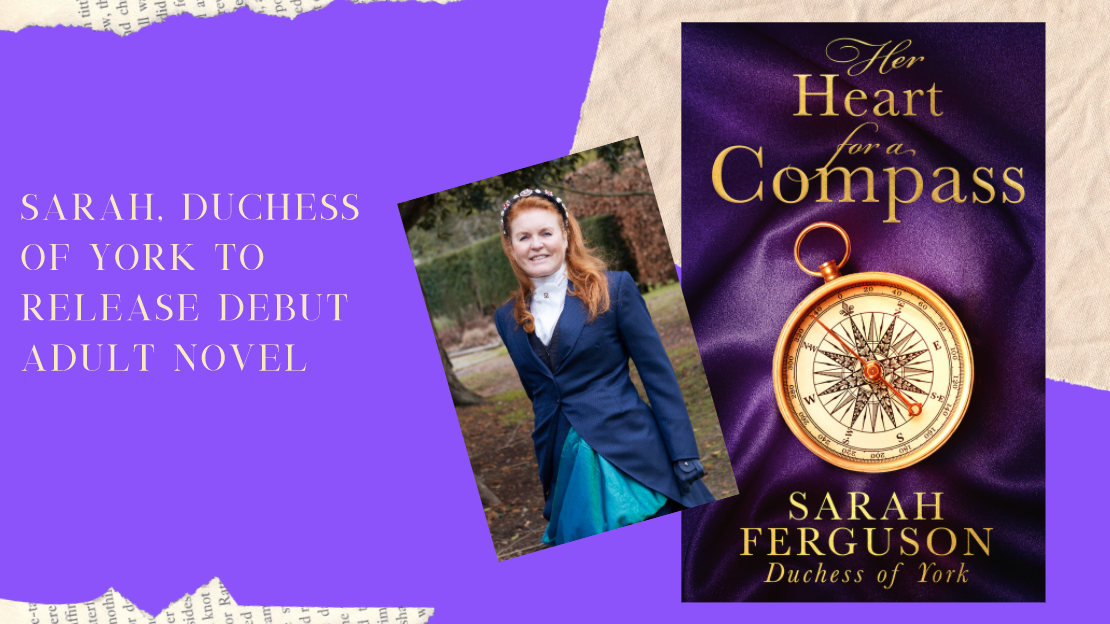 Sarah, Duchess of York has been writing children’s books and nonfiction for years, but today HarperCollins announced her debut historical romance, Her Heart for a Compass, will be published this summer.

Coming 3 August from Mills & Boon in the UK and William Morrow in the United States, the novel is a fictional account of the life of Sarah’s great-great-aunt, Lady Margaret Montagu Douglas Scott.

“I have long held a passion for historical research and telling the stories of strong women in history through film and television,” Sarah, Duchess of York said. “I am proud to bring my personal brand of historical fiction to the publishing world.”

Her first novel for adults draws on this passion for royal history and in particular, Queen Victoria, and she’s written two nonfiction books on the topic: Victoria and Albert: Life at Osborne House and Travels with Queen Victoria.

According to the publisher, Sarah “joined forces with her collaborator and mentor, Marguerite Kaye, to write an immersive historical saga that sweeps the reader from the drawing rooms of Victoria’s court and the grand country houses of Scotland and Ireland to the slums of London and the mercantile bustle of 1870’s New York.”

On her upcoming novel, Sarah, Duchess of York said: “It all started with researching my ancestry. Digging into the history of the Montagu-Douglas Scotts, I first came across Lady Margaret, who intrigued me because she shared one of my given names. But although her parents, the Duke and Duchess of Buccleuch, were close friends with Queen Victoria and Prince Albert, I was unable to discover much about my namesake’s early life, and so was born the idea which became Her Heart for a Compass.“

Because of her great interest in Queen Victoria’s life, Sarah had the idea for the BAFTA and Academy Award-winning film The Young Victoria and served as a producer, persuading Julian Fellowes, later of Downton Abbey fame, to write the script. Coming from this background, she was able to take the character of her aunt and use historical facts and events to shape a world for her whilst also using some creative license, such as creating a friendship with her and Queen Victoria’s daughter, Princess Louise.

Executive Publisher for Mills & Boon Lisa Milton said: “Across TV, film and books, history continues to grow in popularity. This brilliant sweeping story is perfect for our existing readers as well as reaching fans of bestselling novelists such as Philippa Gregory and Anne O’Brien. Mills & Boon are honoured to publish the Duchess of York’s debut novel as we move into our next century of publishing brilliant books by women for women.”