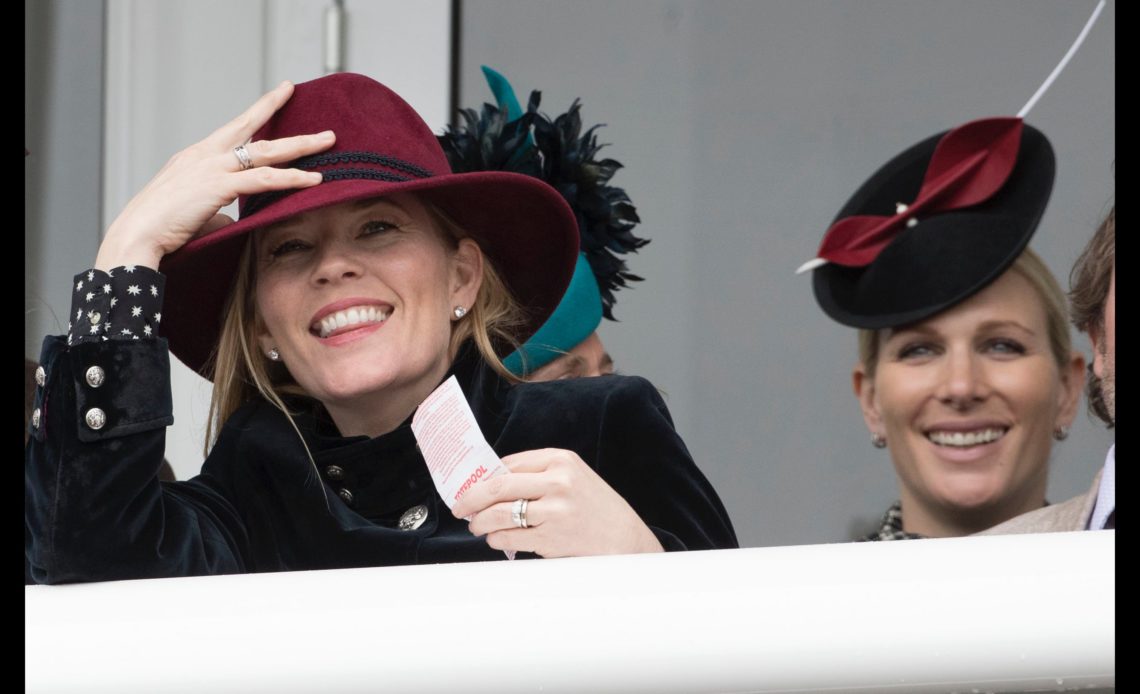 It was a royal wedding that mixed traditional and modern and the bride’s bouquet fitted right in. Autumn Patricia Kelly was the debut bride of a new generation when she married the Queen’s eldest grandson, Peter Phillips, at St. George’s Chapel, Windsor on May 17th 2008. The bride chose flowers that featured many elements seen through the years at royal marriages and added her own twist to them. The result was one of the most memorable royal wedding bouquets of recent times.

For a start, there’s no missing it. While royal brides across the continent have preferred delicate posies or medium-sized flowers in recent decades, Autumn went all out with a large, wired, cascade style that’s easily one of the biggest bouquets we’ve seen.

At the heart of Autumn’s flowers are large white roses with smaller spray roses in a similar shade featuring, too.  This royal wedding bouquet also includes lily of the valley, which traditionally flowers around the start of May, and is often found in spring arrangements.  Stephanotis, an evergreen plant with jasmine-like flowers, was used as well. The green foliage, completing a traditional bridal colour scheme, was dominated by ivy.

But the bouquet isn’t just about pretty petals. The language of flowers has been used for centuries to convey meanings and messages. Peter Phillips’ great, great, great, great grandmother, Queen Victoria, was particularly fond of this floral dictionary and the blooms in Autumn’s bouquet all have special significance for a royal wedding.

Roses are such a vital part of the language of flowers that individual colours have very different meanings. White roses signify purity and are traditionally associated with marriage. Lily of the valley means ‘’a return to happiness’’ while the ivy which trails from this bouquet is taken to mean fidelity. It also symbolises wedded love as does stephanotis.

Autumn’s bouquet was certainly eye-catching with hints of the royal past at a wedding made for the future. Plenty of Victorian princesses had walked into the Windsor chapel carrying large arrangements of white and green blooms while Autumn’s flowers also bring to mind another very famous bouquet, that carried by Diana, Princess of Wales back in 1981. But despite those similarities, it has a place of its own in royal wedding history and remains a stand out bouquet, a decade on from its debut.