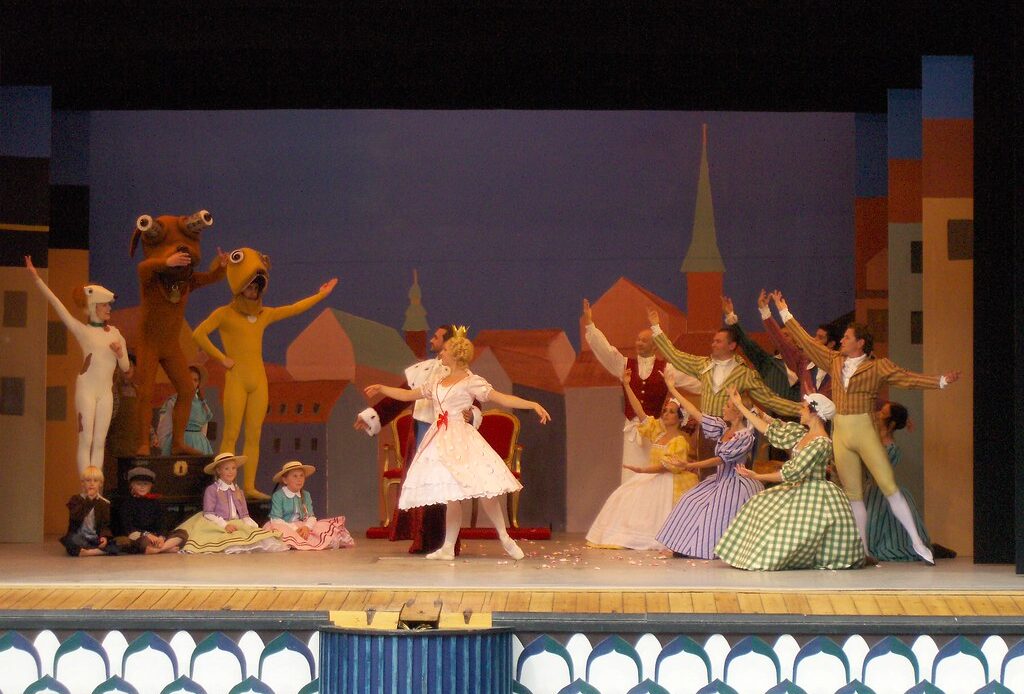 "The Tinderbox" by Maltesen is licensed under CC BY 2.0

Royals can have many talents, and many members of the royal families across the continent have impressive artistic abilities. From Denmark to Romania to the United Kingdom, they each have talented artists in their families.

It is no secret that Prince Charles is a painter, but few know that he is one of the most successful artists in Great Britain, having earned about $3 million from copies of his watercolours in the past 25 years. Most of his paintings represent landscapes and, while they aren’t particularly remarkable, they indicate a particular technical accomplishment and an eye for detail. The Prince is so passionate about his art that he often travels with his easel and is known to postpone appointments when the creative bug takes hold of him.

But the most gifted European royal is, by far, Queen Margrethe of Denmark, who is known as a costume designer for theatre, ballet and opera. She has designed some of her jewellery and dresses, numerous embroideries, including a yearly calendar, The Year in Cross Stich, as well as costumes for the Royal Danish Ballet’s production of A Folk Tale. She also has created the costumes for the production of several fairy tales by Hans Christian Andersen, including The Wild Swans and Tinderbox. In 2018, when Copenhagen’s Tivoli Gardens celebrated its 175th birthday, the Queen created both the scenography and the costumes for The Nutcracker.

A passionate reader, Queen Margrethe has translated, in collaboration with her French-born husband, Prince Henrik, Simone de Beauvoir’s 1946 novel, All Men Are Mortal. A massive fan of The Lord of the Rings, the Danish queen has illustrated it with her drawings, which were printed under the pen name Ingahild Grathmer not only in the Danish edition but also in a British edition published by The Folio Society.

In 2000, Queen Margrethe illustrated Prince Henrik’s second collection of poems, Cantabile.  His first collection, Chemin Faisant, had been awarded a medal by the French Academy. The Prince, who died in 2018, was also an artist and the author of some fascinating animal sculptures.

At the other end of Europe, Romania’s first two queens, Queen Marie (1875-1938) and Elisabeta (1843-1916), were both accomplished writers — Queen Marie, an artist and a prose writer, whose talents had been praised by none other than Virginia Woolf, and Queen Elisabeta, a poet who wrote under the pen name Carmen Sylva, and a translator from several languages. While these queens’ literary talent wasn’t inherited by their successors, King Michael of Romania authored, in his youth, a charming, short musical piece titled “Elegy.” His wife, Queen Anne, was a painter whose artistic gift was passed on to one of the couple’s five daughters, Princess Sophie, who is an outstanding photographer.