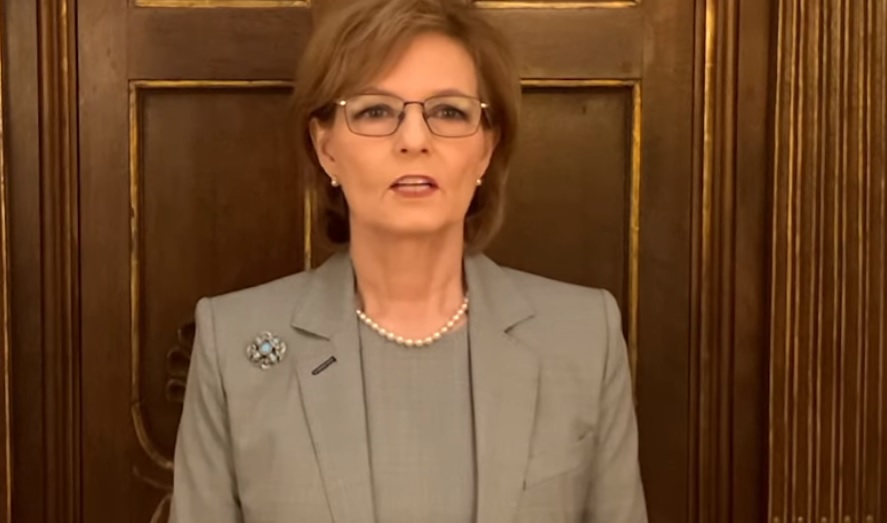 As Queen Elizabeth II celebrates her Platinum Jubilee year, politicians, heads of state, and royal families from around the world are marking this incredible occasion. In Romania, Her Majesty Margareta, the Custodian of the Crown, has shared a green celebration of The Queen’s incredible milestone.

As shared on the Romanian Royal Family’s official Twitter account, Her Majesty was joined by the UK ambassador to Romania, Andrew James Noble LVO, at Savarsin Castle to unveil a plaque to mark the commemorative tree planted in honour of The Queen’s 70 years on the throne.

The plaque reads, ”Weeping Hornbeam , Planted on the occasion of the celebration of Her Majesty Queen Elizabeth II’s Platinum Jubilee (70 Years of Reign). This plaque was unveiled in the presence of Her Majesty Queen Margareta and His Excellency Mr. Andrew James Noble LVO, Her Britannic Majesty’s Ambassador to Romania. ”

The weeping hornbeam (also known as Carpinus betulus ‘Pendula’) is a deciduous tree that has green foliage throughout the growing season and then sheds in the autumn. It can grow to over 15 metres in height with a spread of over 12 metres.

In November 2021, The Queen received Her Majesty Margareta and His Royal Highness Prince Radu at Windsor Castle.

Margareta claimed the headship of the House of Romania in 2017 after her father’s death. King Michael I was forced to abdicate on December 30 1947. Just weeks earlier, he had met his wife, Anne, when he was in London to attend the wedding of the then-Princess Elizabeth’s wedding to Lieutenant Philip Mountbatten in 1947.

King Michael and Prince Philip were first cousins, once removed while he was also a third cousin of The Queen. Despite being forced to abdicate, Michael was invited to Elizabeth’s Diamond Jubilee dinner in 2012 for the royal house heads.

Margareta spent holidays with Prince Charles and Princess Anne when she was growing up, and after meeting with The Queen in November 2021, she also met with The Earl and Countess of Wessex at Bagshot Park.