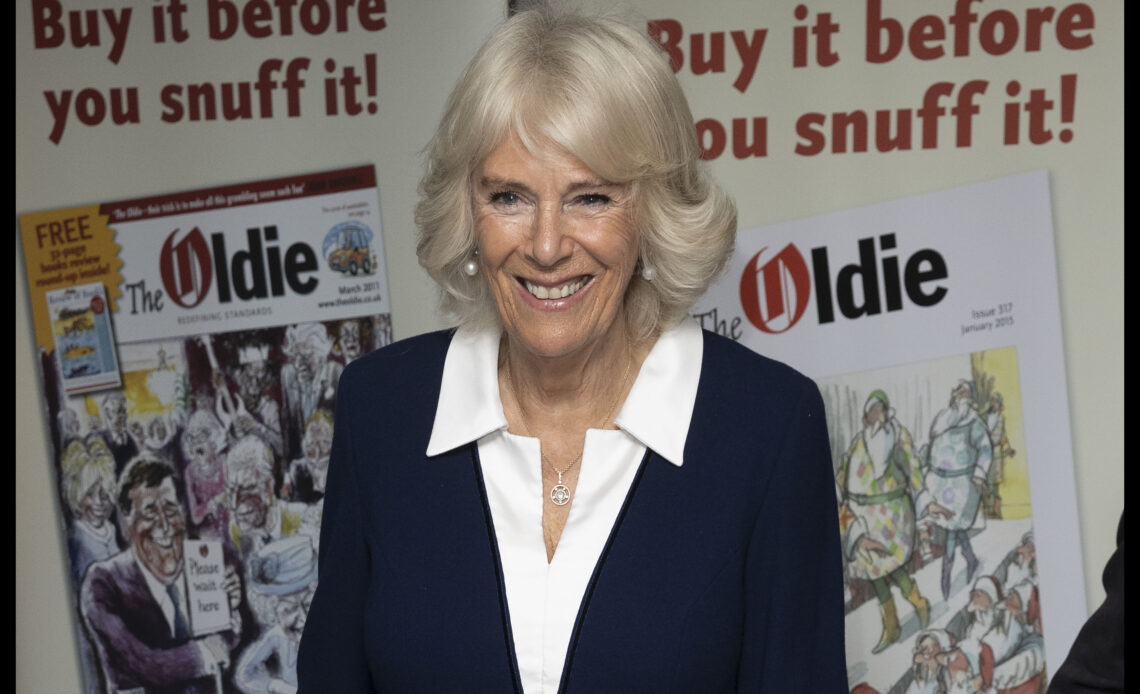 When Her Majesty was nominated for Oldie Magazine’s “Oldie of the Year Award”, she penned a letter to the publication with some wise words: “You are as old as you feel.” Although she turned down the award, saying she didn’t “believe she meets the relevant criteria,” another member of the Royal Family attended the ceremony to honour the 2021 nominees: the Duchess of Cornwall.

“Famously, Abraham Lincoln said, ‘Whatever you are, be a good one,'” Camilla said in a speech at the awards luncheon. “And I think we can agree that, whatever they are, today’s winners are very good ones indeed. My warm congratulations to all of them.”

Oldie Magazine celebrated its 30th anniversary in 2021, and the Duchess of Cornwall commended the publication “on reaching its thirtieth year and for being a publication that is both original and unique – dedicated to us oldies, but with an ever-youthful spirit.”

The awards, given annually by the magazine, were held on 19 October at the Savoy Hotel in London and honoured the achievements of older people who have made special contributions to public life.

While The Queen didn’t walk away with the award, the prize of Oldie of the Year went to 90-year-old acting legend Leslie Caron.

Other award winners included married doctors Dr Mridul Kumar Datta and Dr Saroj Datta, who snagged the “Oldie NHS Angels of the Year.” The pair, who, according to The Oldie, “have notched up over 110 years of exemplary service to the NHS,” kept working during the global health crisis and delivered jabs at their Blackburn-based medical practice.

I’m accustomed to my deafness,

To my dentures, I’m resigned,

I can cope with my bifocals,

“There are times, I know when we all experience those senior moments!” the Duchess of Cornwall said. “But there are advantages to growing older too – watching one’s grandchildren – knowing that they’ll be going home after the visit; finding more time to read; finding time to read The Oldie – and coming to jolly lunches like this one.”