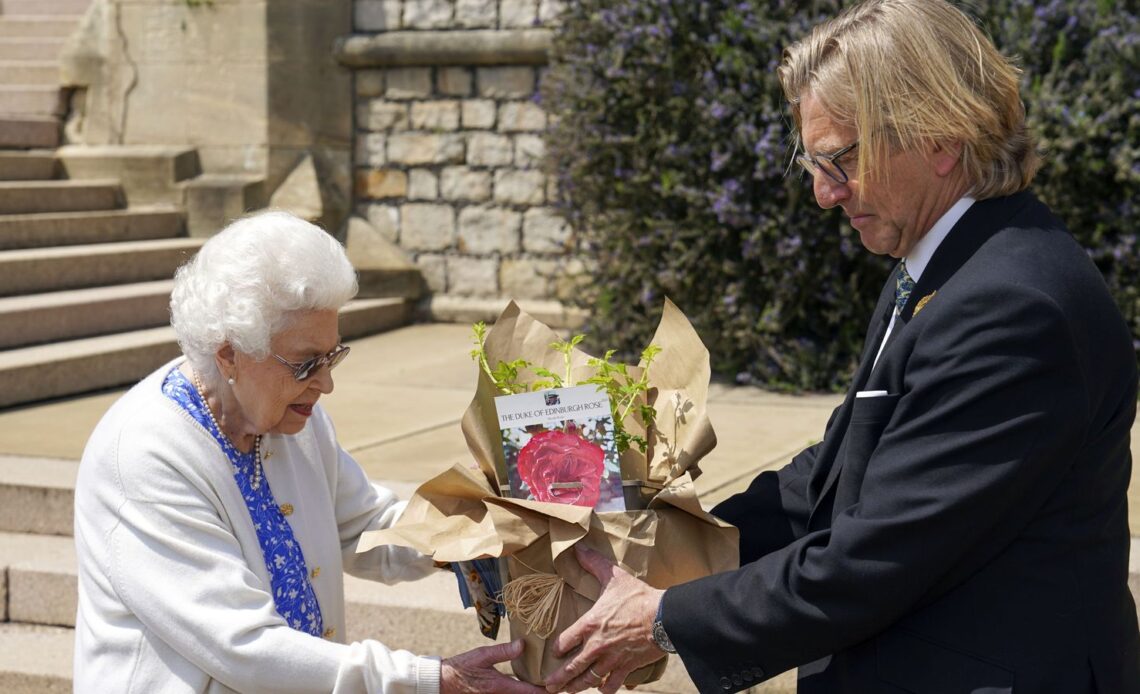 The Queen has received a commemorative rose to mark what would have been the 100th birthday of Prince Philip, The Duke of Edinburgh.

The deep pink commemorative rose, bred by the Royal Horticultural Society—of which The Queen is President—was presented to Her Majesty in a ceremony last week. When presented with the rose, The Queen simply stated: “It looks lovely.”

The Duke of Edinburgh Rose was then planted in the East Terrace Garden at Windsor Castle amongst the mixed rose border.

The East Terrace Garden is an especially poignant area for the late Duke’s rose to be planted: he helped design the garden by restructuring the flowerbeds and commissioning a bronze lotus fountain as a central feature.

“The Duke’s devotion to raising public awareness of the importance of conserving the natural world leaves a lasting legacy.”

Set up in the aftermath of his death on 9 April, the Living Legacy Fund will support one million young people to complete their awards and has already raised half a million pounds.

“In buying this rose, you will also be giving one million more young people the opportunity to do their DofE Award, so not only is this rose spectacular to look at, but you will also be raising funds for a very worthy cause.”

The Duke of Edinburgh Rose can be purchased here.