The Queen holds private audience with Canada’s next Governor General 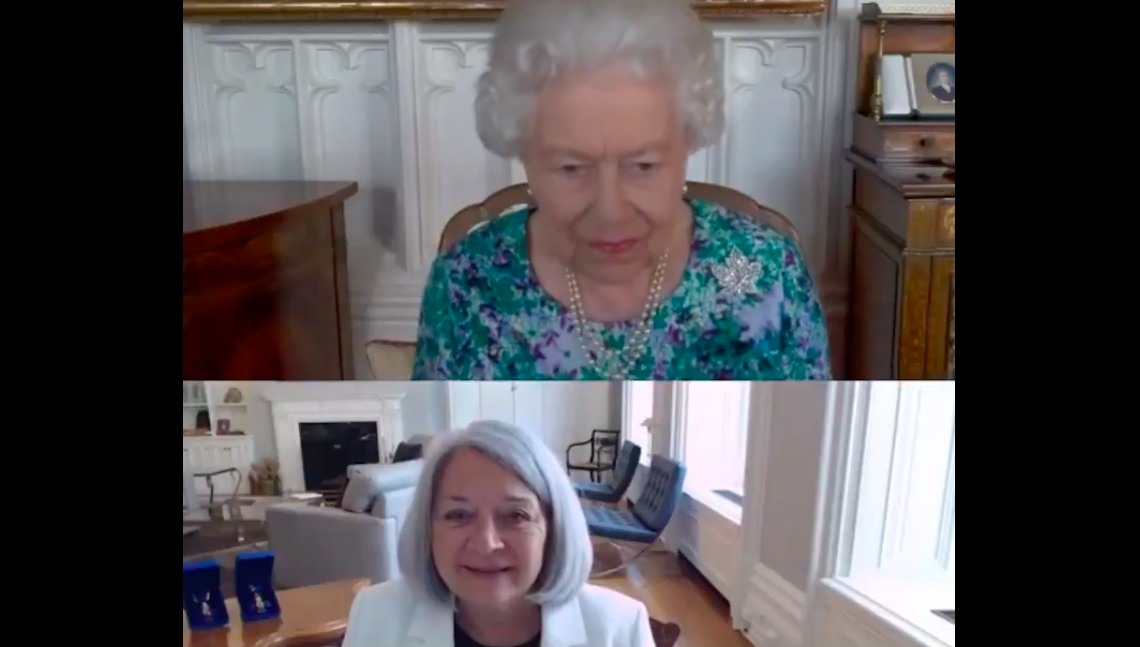 The Queen had a notable private audience yesterday at Windsor Castle. Her Majesty held a Zoom call with Mary Simon, the next appointed Governor General of Canada. Simon will be installed on Monday, 26 July at Parliament Hill in Ottawa as Canada’s 30th Governor General. She will be the 13th Canadian Governor General appointed during The Queen’s reign.

Simon was appointed as the next Governor General of Canada in early July. The appointment comes after former Governor General Julie Payette resigned in January 2021 amidst serious bullying allegations in her office.

During the call, The Queen remarked on the importance of the position, “So, you’re taking over a very important job.” Since Payette’s resignation, many Canadians have asked whether the position of Governor General has a place in the twenty-first century, making The Queen’s comment notable. Simon responded to Her Majesty, saying  “I think it is vitally important for the country.”

Simon is the first Indigenous appointment to the office, and has spent her life working for Arctic and Indigenous causes in Canada. She explained “I’ve devoted a lot of my time Working on Arctic issues because I’m from the Arctic and also working to get a lot of things organised with the Indigenous peoples and the Inuit of Canada”. Given that Canada is only slowly coming to understand the full extent of its colonial past, and that Indigenous issues, such as the discovery of unmarked graves at residential school sites, are coming to the forefront, her appointment is more than appropriate.

Simon’s installation as Governor General of Canada will be broadcast in Canada, from Parliament Hill. The Governor General is the Crown’s representative in Canada, and fulfills the sovereign’s duties when they are not in residence. This includes reading the speech from the throne and opening and dissolving parliament.