The Queen at 95: A map of her monarchical milestones 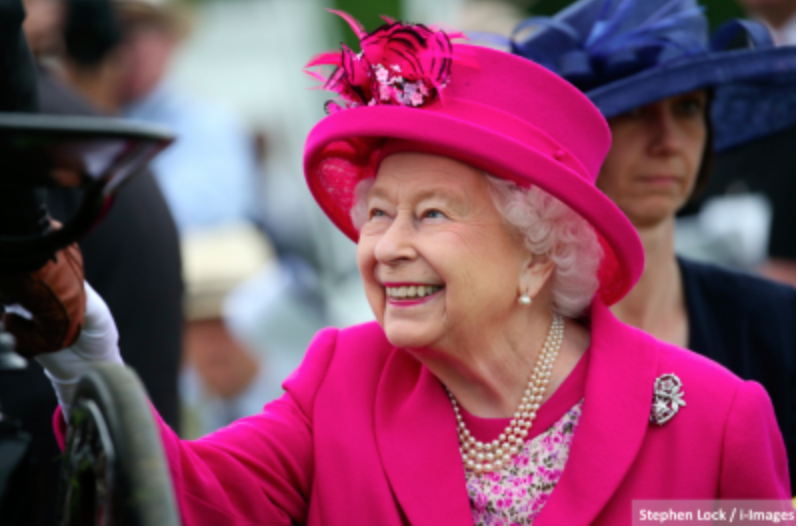 Throughout her 95 years of life, Queen Elizabeth II has witnessed a number of historical moments in the United Kingdom and across the world. But she’s also made history a number of times over her nearly 70-year reign. In honour of her 95th birthday, Royal Central is taking a look at Her Majesty’s monarchical milestones.

The Coronation of Elizabeth II

On 2 June 1953, Elizabeth was crowned at the age of 25 following her accession to the throne upon the death of her father, George VI. The Coronation was held more than a year later, following the tradition of allowing an appropriate length of time to pass after a monarch dies before holding such a celebration.

The service at Westminster Abbey included an oath in which Elizabeth was anointed with holy oil, invested with robes and regalia, and crowned Queen of the United Kingdom, Canada, Australia, New Zealand, South Africa, Pakistan, and Ceylon (now Sri Lanka).

Following a pattern similar to the coronations of kings and queens before her, there were, however, several parts of the ceremony that were noticeably different. Elizabeth’s coronation was the first to be televised in full. The event also used experimental 3D technology and was filmed separately in colour. It’s said an average of 17 people watched on each small TV. The Coronation was also the first major world event to be broadcasted internationally on television.

The year 1977 would mark the 25th anniversary of Queen Elizabeth II’s accession to the throne. Throughout the year, the Jubilee was celebrated with large-scale parties and parades across the United Kingdom and the Commonwealth.

In June, the official “Jubilee Days” were held to coincide with The Queen’s Official Birthday, which is held on the second Saturday of June. Various places were named after the Jubilee, such as the Jubilee Gardens in South Bank, London, and the Silver Jubilee Bridge that connects Runcorn and Widnes across the Mersey.

In 2002, the 50th anniversary of the accession of Queen Elizabeth II was celebrated. Despite the deaths of her sister, Princess Margaret, and her mother, Queen Elizabeth The Queen Mother, in February and March, the Jubilee was still marked with large-scale events. Huge crowds turned out despite speculation ahead of the event that it might not reach a wide audiencce.

Over the year, Her Majesty and her husband, the Duke of Edinburgh, travelled more than 40,000 miles to the Caribbean, Australia, New Zealand, and the United Kingdom before wrapping the year in Canada.

In celebration, The Queen and the Duke of Edinburgh toured the United Kingdom while other members of the Royal Family toured the Commonwealth as the Monarch’s representatives.

Numerous events and tributes were held throughout the year across the Commonwealth. A Jubilee pageant was held in London and The Queen Elizabeth Diamond Jubilee Trust was set up. The Trust has a mission of leaving a lasting legacy across The Commonwealth.

On 6 February 2017, the 65th anniversary of Queen Elizabeth II’s reign was marked. This milestone would make her Mhe first British monarch to have a Sapphire Jubilee. Unlike her previous Jubilees, there were no widespread public celebrations, and The Queen did not undertake any official engagements. Instead, she spent the day in “quiet reflection” on the anniversary of the death of her father and undertook official work at Sandringham House.

Larger scale events took place in June 2016 to mark The Queen’s 90th birthday. Any other extensive celebrations are being reserved for a possible Platinum Jubilee in 2022. In the same year as her Sapphire Jubilee, The Queen also became the first British monarch to celebrate a platinum wedding anniversary.

June 2022 will see celebrations across the UK to mark the 70th anniversary of The Queen’s accession. In the United Kingdom, an extra bank holiday will be created, and the traditional May bank holiday weekend will be moved to the start of June, creating a special four-day Jubilee weekend.

A Platinum Jubilee medal will be created to mark the occasion. It will be awarded to people who work in public service including representatives of the Armed Forces, emergency services, and prison services. It is also suggested the Severn Bridge, a motorway between Aust, South Gloucestershire, and Chepstow, Monmouthshire in South East Wales be renamed in honour of the Jubilee. Historic Royal Palaces is also planning a Commonwealth-themed garden in the historic moat of the Tower of London.

In May 2021, a campaign known as The Queen’s Green Canopy will be launched. Encouraging people across the United Kingdom to “Plant a Tree for the Jubilee” to mark the milestone. In a statement, Prime Minister of the United Kingdom Boris Johnson said: “As we celebrate Her Majesty’s incredible 70 years of service, I encourage everyone to get behind this scheme, and go ‘Plant a Tree for the Jubilee.”

Presuming The Queen remains on the throne until 6 February 2022, this will be the first time any British monarch has celebrated a Platinum Jubilee.

On September 9 2015, The Queen surpassed her great-great-grandmother, Queen Victoria, as the longest-reigning British monarch in history.