The Queen at 95: A look at her childhood 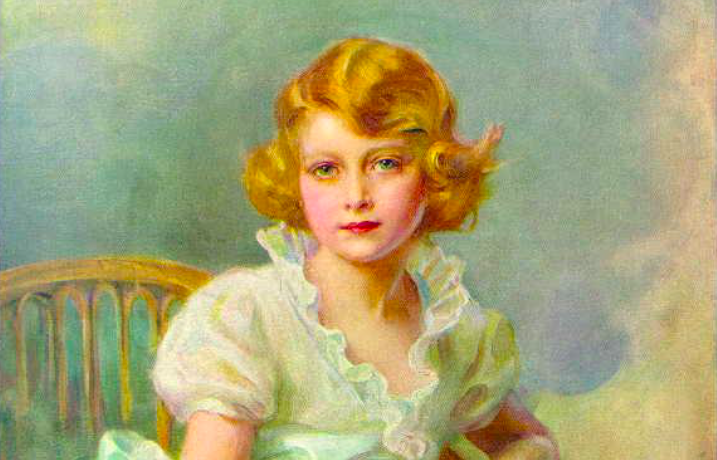 On 21 April 1926, Elizabeth Alexandra Mary was born in Mayfair, London at 02:40am. The first child of the then Duke and Duchess of York, Elizabeth’s father was the second son of the King, and her mother was the youngest daughter of Scottish aristocrat the Earl of Strathmore and Kinghome.

Born by cesarean section at her maternal grandmother’s house, 17 Burton Street, the princess was baptised by the Anglican Archbishop of York, Cosmo Gordon Lang in the private chapel of Buckingham Palace on 29 May. Elizabeth would be named after her mother, with her middle name Alexandra being in tribute to George V’s mother who had died six months prior to the birth. Her other name, Mary, is in tribute to her paternal grandmother, Queen Mary.

She often called herself “Lillibet” and that name would later be caught on by her close family. She was also known to often spend time with her grandfather George V. During his serious illness in 1929, her regular visits are credited in press and biographies as raising his spirits and aiding his recovery.

Elizabeth was educated privately along with her sister, Princess Margaret, under the supervision of their mother and their governess, Marion Crawford. The Scottish educator often concentrated lessons on history, language, literature, and music. In 1950, to the dismay of the royal family, she published a biography of the princesses entitled The Little Princesses. The book describes Elizabeth’s love of horses, dogs, her orderliness, and her attitude of responsibility.

Prime Minister Winston Churchill described Elizabeth when she was two years old, calling her “a character” who “has an air of authority and reflectiveness astonishing in an infant.”

When her grandfather died in 1936, her uncle succeeded as Edward VII. Although his reign wouldn’t last long, he abdicated after his proposed marriage to divorced American socialite Wallis Simpson caused backlash. As a result, Elizabeth’s father became George VI and since she had no brothers, Elizabeth became heir presumptive.

Elizabeth would continue her studies with private tuition in constitutional history from Henry Marten, Vice-Provost of Eton College. She also learned French from a succession of native-speaking governesses. As a member of the royal family, she might have found it difficult to socialise with people her own age. A Girls Guide company, the 1st Buckingham Palace Company was formed specifically so Elizabeth could meet and hang out with girls her own age. Later, she enrolled as a Sea Ranger.

In September 1939, Britain entered the Second World War. Lord Hailsham, the former Lord Chancellor suggested Elizabeth and Margaret evacuate to Canada to avoid the frequent aerial bombing. This idea was rejected by their mother who said: “The children won’t go without me. I won’t leave without the King. And the King will never leave.”

The princesses ended up staying at Balmoral Castle, Scotland until that Christmas. Then, they would move to Sandringham House, Norfolk. From February to May 1940, they lived at the Royal Lodge, Windsor before ultimately moving to Windsor Castle where they would live for the next five years.

During their time at Windsor, the princesses staged pantomimes at Christmas in aid of The Queen’s Wool Fund, an organisation that brought yarn to knit into military garments. In 1940, the then 14-year-old would make her first radio broadcast during BBC’s Children’s Hour. Addressing other children who had also been evacuated from the cities.

“We are trying to do all we can to help our gallant sailors, soldiers, and airmen, and we are trying, too, to bear our own share of the danger and sadness of war. We know, every one of us, that in the end all will be well.”

In 1943, Elizabeth would undertake her first solo public appearance on a visit to the Grenadier Guards, of which she had been appointed colonel the previous year. Upon her 18th birthday, parliament changed the law so she could act as one of five Counsellors of State in the event her father was unable to.

In 1947, Princess Elizabeth would go on her first overseas tour, accompanying her parents through Southern Africa. During the tour, in a broadcast to the British Commonwealth on her 21st birthday, the princess said:

“I declare before you all that my whole life, whether it be long or short, shall be devoted to your service and the service of our great imperial family to which we all belong.”