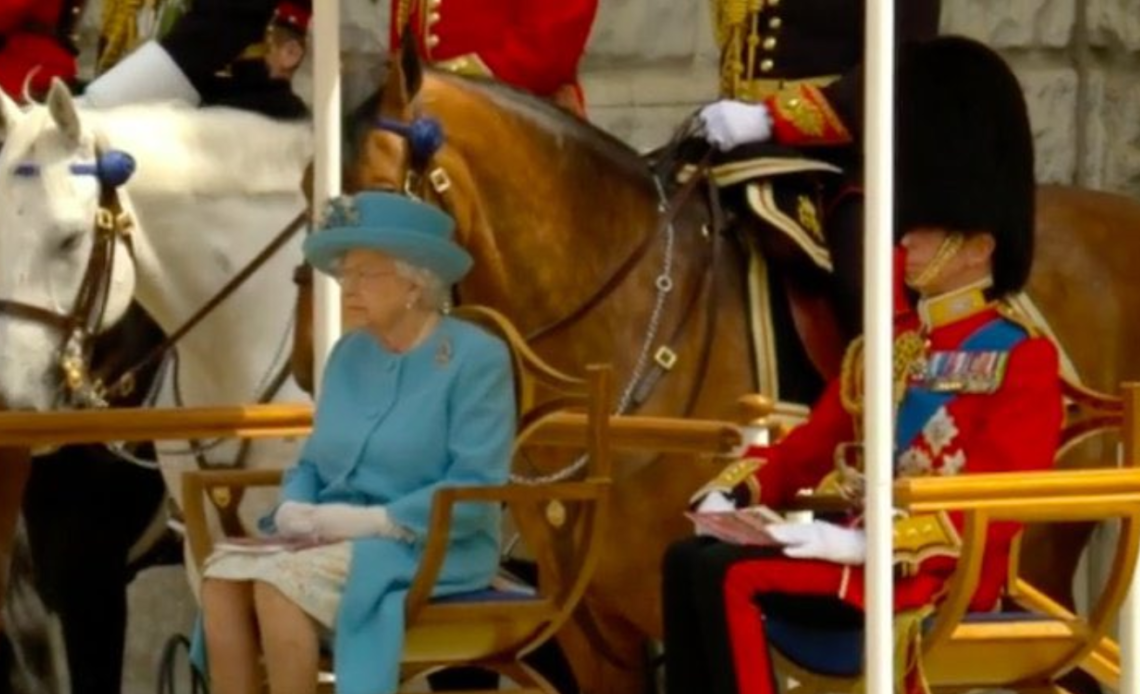 The Duke of Kent will accompany The Queen at this year’s scaled down Trooping The Colour ceremony so the 95-year-old monarch will not be alone following the death of Prince Philip in April.

Although the Duke of Edinburgh has not attended Trooping for a number of years, he always took a keen interest in the event, and was known to watch on television.

Last year, the parade to mark the monarch’s birthday was also scaled back, and was held in the Quadrangle of Windsor Castle in place of Horse Guards in Central London.

It will be the same this year, however, the key difference will be that The Queen will not be alone on the podium watching the pomp and ceremony.

Whereas in 2020 she looked a solitary figure, this year her cousin, the Duke of Kent, will be alongside her.

This is not the first time the Duke has stepped up in such circumstances.

Back in 2013, when Prince Philip was absent from Trooping due to having surgery, the Duke of Kent stood alongside The Queen in Philip’s place.

Similarly, as recently as 2019, it has been the Duke who has stood alongside The Queen at her birthday parade.

In 2020, a scaled back version of Trooping the Colour took place at Windsor Castle with The Queen viewed the military ceremony in the quadrangle alone.

The ceremony was put on by soldiers from the 1st Battalion Welsh Guards while The Bands of the Household Division played. The event was in accordance with strict social distancing guidelines with other members of the royal family not in attendance, however, the event was still aired on TV.

This year’s ceremony will take place on June 12.