Reach For The Moon – a horse bred by The Queen and destined for for the stars? 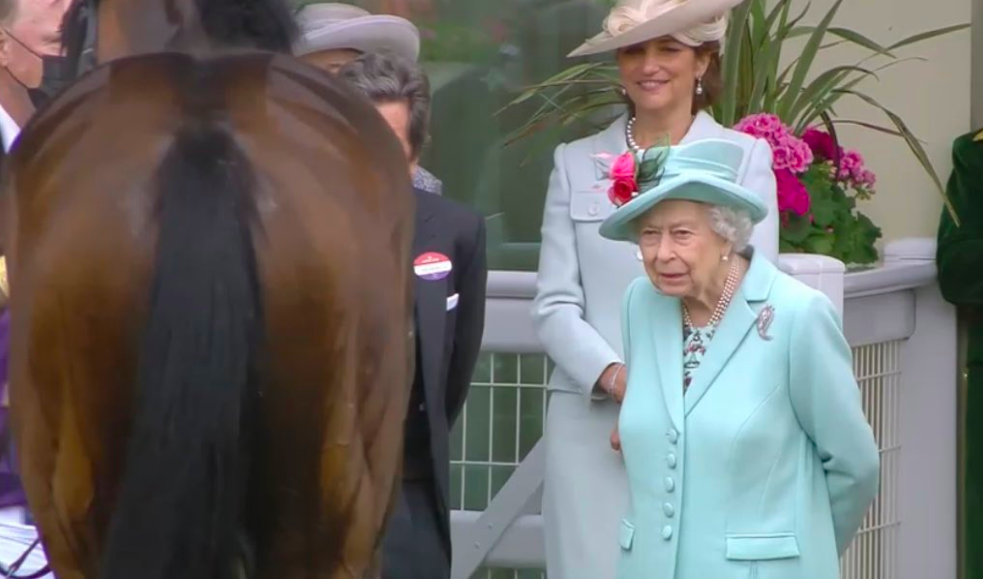 “Reach for the moon. Even if you miss, you will land among the stars!” – Norman Vincent Peale

If the stars align next year, then The Queen could have a live contender in The Derby – the world’s most prestigious flat race.

Reach For The Moon – a two-year-old colt owned by the monarch – has already won the Group 3 Solario Stakes, and has finished a close second in both the Chesham Stakes and the Champagne Stakes.

Although connections will be disappointed not to have won the Champagne Stakes at Doncaster, the bubble is not burst that Reach For The Moon could be a contender in the 2022 Derby – the year of Her Majesty’s Platinum Jubilee.

In her long racing career, Her Majesty’s horses have finished second, third and fifth in the race, with the top prize just eluding her.

Unlike other successful royal runners of the past, Reach For The Moon is not only owned by The Queen, but she also bred him at the Royal Stud in Sandringham.

The horse’s Dam (mother) is called Golden Stream – also owned by The Queen.

Golden Stream won two listed races for Her Majesty a decade ago, and was also placed in a Group 3 contest.

Following her retirement from racing, Her Majesty saw the potential to use Golden Stream as a broodmare in an attempt to breed the stars of the future.

Reach For The Moon’s Sire (father) is Sea The Stars who is considered by many to have been one of the greatest racehorses of all time.

Sea The Stars himself won The Derby back in 2009. The Queen couldn’t have chosen a better stallion to cover Golden Stream.

Her Majesty is no stranger to big race success, most famously with Estimate in the 2013 Gold Cup at Royal Ascot.

Estimate was gifted to The Queen by the Aga Khan as a present to mark her 80th birthday.

Similarly, Carlton House who finished 3rd in the 2011 Derby for The Queen, was gifted to the monarch from Dubai’s ruler Sheikh Mohammed bin Rashid Al Maktoum.

There is a long time between the present day and the 2022 Derby, but for now, the dream stays alive that the monarch has a live contender for the race.