Milestones of a Monarch: the Montreal Olympics 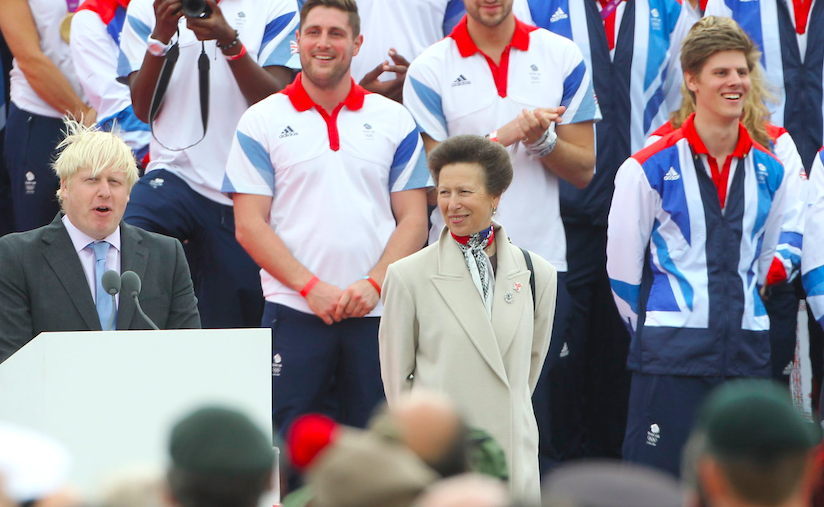 The Queen found herself in a unique position in the summer of 1976: she was both the head of state responsible for officially opening the Summer Olympic Games in Montreal and the mother of an Olympic competitor who would be looking to medal.

The entire Royal Family showed up for the Montreal Olympics: the competitor, Princess Anne; The Queen and the Duke of Edinburgh (then-head of the International Equestrian Federation); Prince Charles, Prince Andrew, and Prince Edward; and Anne’s then-husband Mark Phillips.

The Olympics were added to a tour of Canada and the United States (celebrating its bicentennial that summer), with the Royal Family arriving in Montreal in time for the Games to begin.

As the Queen of Canada, The Queen was required to officially open the Olympic Games, which occurred on 17 July. The equestrian events took place at the Olympic Equestrian Centre in Bromont from 23 July to 1 August (the same day as the Olympics Closing Ceremony).

Princess Anne competed in the three-day event on her horse Goodwill, participating on the second day. According to records, she was docked points for taking too long to complete the jumps and suffered a fall that would leave her concussed, but before the three-day event was over, Team Great Britain withdrew from the competition, and Anne would leave the Games without a medal.

Princess Anne would later say, “I was going very well, and then I don’t remember anything else. Nothing at all.”

Princess Anne’s work with the Olympics continued after her own competition. In 1988, she was given membership in the International Olympic Committee, and she is President of the British Olympic Association. She frequently attends the Olympic Games and sends messages to Team Great Britain’s athletes.

Ahead of the 2020 Summer Olympics in Tokyo (though held in 2021 due to its postponement a year earlier because of the coronavirus pandemic), Princess Anne recorded a message for Team GB athletes and recalled, “I do remember from my own Olympic journey the anticipation and excitement of stepping onto the Olympic stage.

“But also the single-minded focus on what you need to do. I know that you have all worked incredibly hard for this moment, during the most challenging of times, and I hope you will find the Team GB environment a support and an inspiration for you.

“This is your Olympics. It will be different, but not in its importance to you. Savour it, and above all, enjoy it.”

Canada would later host the Olympics twice more, in 1988 and 2010. On both occasions, the Games were opened by the Governor General of Canada, The Queen’s representative.

Decades later, The Queen would officially open the London 2012 Olympic Games (and ‘skydive’ with James Bond for good measure), but the story continued for Princess Anne, who presented her daughter Zara with an Olympic medal for the team equestrian event.

In a documentary marking her mother’s 70th birthday in 2020, Zara spoke of how special it was to receive her Olympic medal from Anne.

“To be given your medal by your mother is pretty special. You can’t really ever explain that feeling. She very much knows what it takes to achieve and to win. Having the whole family come and watch was incredible as well.”