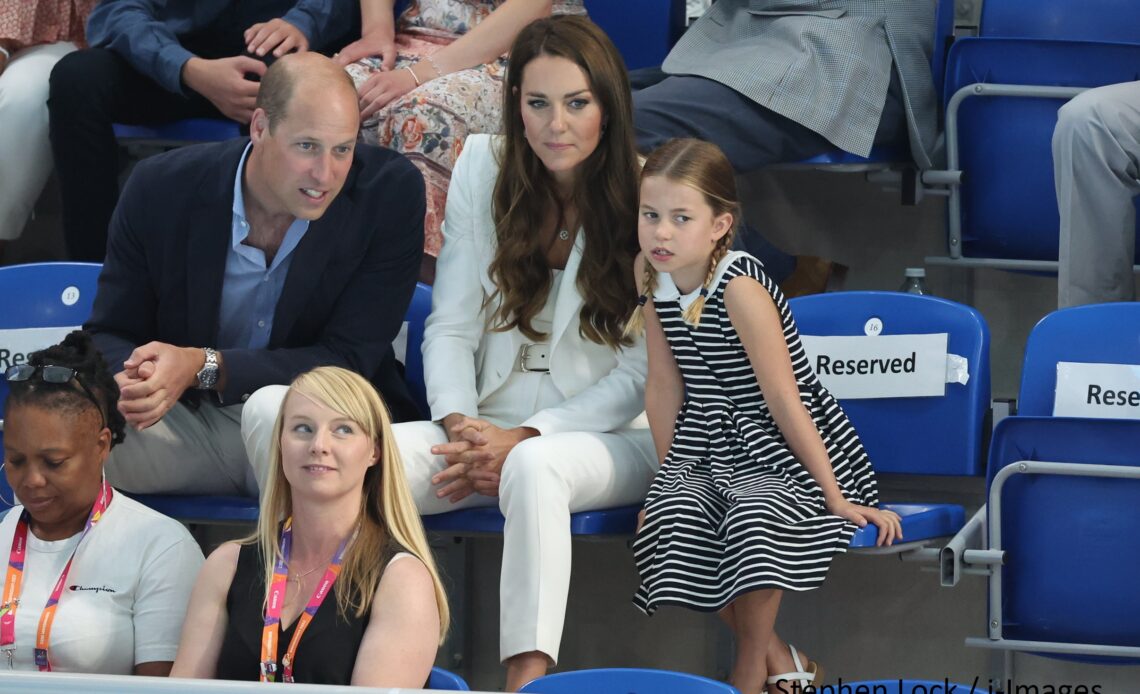 Princess Charlotte has been enjoying the latest swimming heats at the Commonwealth Games as she headed to Birmingham with her parents, the Duke and Duchess of Cambridge.

The Cambridges took their seats poolside at the Sandwell Aquatics Centre on August 2nd 2022 at the start of a day at the Games.

Also watching were the Earl and Countess of Wessex and their two children, Lady Louise Mountbatten-Windsor and James, Viscount Severn.

Princess Charlotte, now aged seven, followed the heats as they unfolded with both her mum and dad pointing out key moments to her as the morning unfolded.

It’s a first visit to the Birmingham Games for the Duke and Duchess of Cambridge. The global sporting event got under way on July 29th 2022 when the Prince of Wales officially opened the Games on behalf of The Queen. Since then, members of the Royal Family have attended a wide range of events with The Duchess of Cornwall, the Princess Royal and Sir Timothy Laurence all showing their support.

The Earl of Wessex, who is Vice Patron of the Commonwealth Games Foundation, has had a particularly high profile presence at the event alongside the Countess.

Princess Charlotte has also had a busy week supporting British athletes. On July 31st 2022, she joined Prince William in a special video message for the England Women’s Football team ahead of the final of the Euros 2022. Charlotte, who is a keen goalkeeper according to her dad, wished the Lionesses well just hours before their famous win which saw them become the first England side to win a major football trophy since 1966.