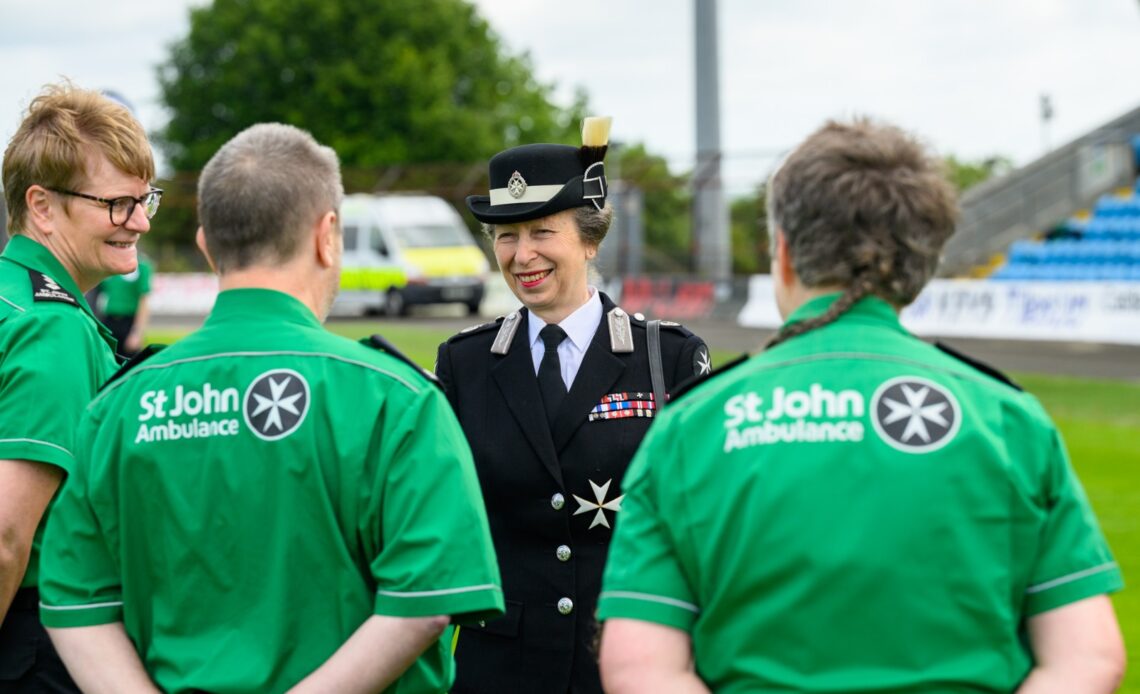 The Princess Royal was in Northern Ireland earlier this week for a day of engagements.

The Northern Ireland government office tweeted the news, sharing, “Delighted to welcome The Princess Royal to Northern Ireland. Her Royal Highness will undertake a number of engagements.”

Her first engagement was at the Ballymena Showgrounds to celebrate the St John Ambulance Cadets, a training scheme that celebrates 100 years this year. The Royal Family’s social media noted: “Since 1922, the Cadets has enabled young people to learn vital first aid skills, as well as building confidence.”

Princess Anne met a bunch of young people, including William Somerville, the Northern Ireland Regional Cadet of the Year, who has been volunteering with St John Ambulance for five years. He told Belfast News Letter, “One of the things I noticed about the Princess Royal was she took her time with everyone she talked to, to get to know them, to connect with them. That was a fantastic thing she did.”

During the visit, the royal also met with young people involved in the Duke of Edinburgh’s Award scheme.

She later visited the Irish Equine Rehabilitation Centre for a tour of the facilities, including its water treadmill and hydrotherapy area.

A thousand guests were invited, including Patrick Slevin, a pharmacist from Omagh, who later told the Belfast Telegraph, “She was very aware of the importance of local pharmacies in local communities. She was very clued in about it all, knowing how they can be a lifeline for elderly people.”

Princess Anne was presented with a Platinum Jubilee hamper from the Northern Ireland Secretary of State. Before she left, she planted a tree to mark her visit.

Royal visits to Northern Ireland are typically never announced in advance due to security issues.