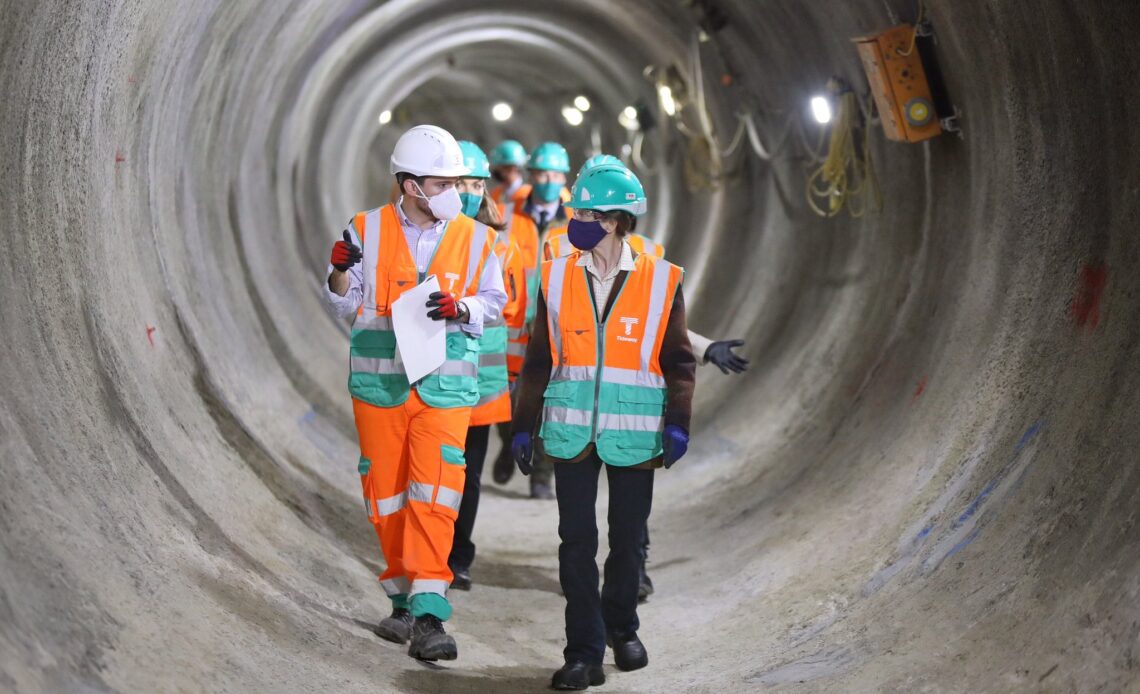 On Thursday, Princess Anne took a trip where not many royals have gone before – into the sewers of London.

The Princess Royal looked to be enjoying herself, smiling and laughing while chatting with employees under the streets of London in the Thames Tideway Tunnel. She asked them how it had been working on the tunnel throughout the last year and how the project is progressing.

The Thames Tideway Tunnel is London’s new sewer system that will assist in the prevention of tonnes of waste from polluting the Thames River. It will cover 24 construction sites in 25 kilometres. Only five kilometres of the tunnel in the main section is left to be completed; it is expected to be finished in 2025.

While she was being given a tour to explain how the tunnel system will work at a site in Chelsea Embankment, she fastened the final bolt on the last penstock.

Royal watchers on social media have praised The Princess Royal for the engagement and for always being willing to take part in any engagement. Given that she takes after her late father and is quite interested in engineering, she was an excellent choice for this visit.