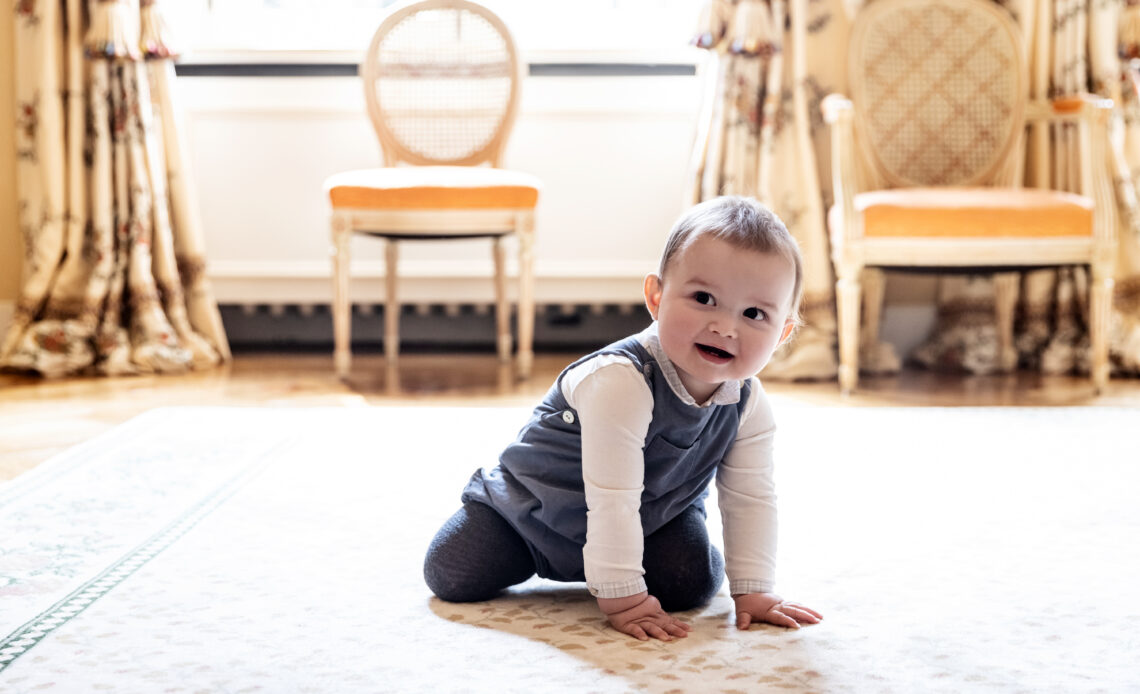 Over the course of the last few weeks, the Hereditary Grand Ducal Couple of Luxembourg and their son, one-year-old Prince Charles, have decided to undertake a tour of the country’s care homes.

During all the visits, Their Royal Highnesses were accompanied by Corinne Cahen, Minister of Family.

On Tuesday, the Luxembourg Grand Ducal Court posted on Instagram a series of ten pictures taken during those visits.

In those pictures, the Hereditary Grand Ducal Couple can be seen chatting to residents of those homes, who however seem to be very distracted by the presence of Prince Charles.

In one of the images, one of the residents can be seen giving what looks like baby food to the little Prince, and in another an older man can be seen bent down from a chair playing with Prince Charles, who is sitting on the floor, with a wooden toy with wheels.

The royals and the Minister have realised this tour in the context of the relaxation of rules all around Europe regarding health restrictions. Unfortunately, nursing homes and long-term care facilities have been among the places most affected by said restrictions, and the elderly have suffered the psychological consequences of being away from their loved ones for a very long time and the fear of being the most vulnerable population group.

The royal couple has tackled the consequences of this global change we went through over the last 16 months from several different angles. The Hereditary Grand Duke has visited hospitals and research centres trying to come up with new technologies to help those suffering long term consequences from the illness, while the Hereditary Grand Duchess has explored the impact the shutdown had on small businesses and certain sectors of the economy (like tourism and culture) in particular.