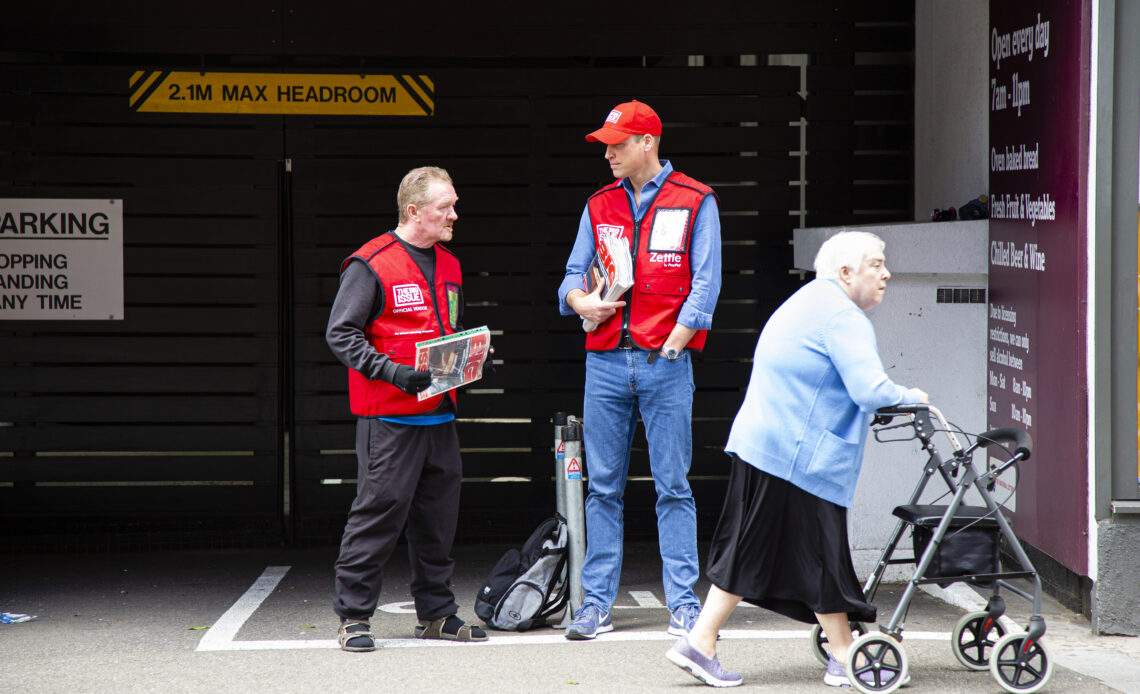 The Duke of Cambridge has said his time selling the Big Issue in London was ”eye-opening” as he vowed to continue his work for those experiencing homelessness.

Prince William was spotted on the streets of the capital early in June 2022, selling the magazine that was established to provide a way of earning a living for homeless people.

To mark his 40th birthday, William has written exclusively for the magazine about his experiences with copies now on sale with Big Issue vendors around Britain.

The Prince said ”I wanted to experience the other side and see what it was like to be a Big Issue vendor. My time was truly eye opening.”

William spent an hour with Dave Martin, a Big Issue vendor, selling the magazine in central London. He also sat down with Dave who interviewed him for the latest edition while William put his own questions to his mentor about how the magazine and its support networks helped him when he became homeless. The two are also the cover stars of this special edition.

Dave Martin told the Duke of Cambridge about his job selling the magazine, saying ”It got me off the street. Gave me respect. I was begging at the time. Another vendor said I could be doing something a lot better and took me along to the Big Issue office.”

Vendors buy the magazine for £1.50 and sell it for £3 and keep the proceeds from each sale. The Big Issue launched in 1991 and since then it’s helped thousands of people as they rebuild their lives having become homeless.

The Duke of Cambridge said “People who are homeless can’t rebuild their life without a number of things. And one of those things is respect and self-respect. And that’s what The Big Issue gives you, along with a means to earn an income.”

William’s articles for the magazine also reveal how important supporting those experiencing homelessness is to him. He says ”“I was 11 when I first visited a homeless shelter with my mother, who in her own inimitable style was determined to shine a light on an overlooked, misunderstood problem.”

And he adds ”I have always believed in using my platform to help tell those stories and to bring attention and action to those who are struggling. I plan to do that now I’m turning 40, even more than I have in the past. So, for my part, I commit to continue doing what I can to shine a spotlight on this solvable issue not just today, but in the months and years to come.”

There are several more articles with William in the current edition of the magazine which is now being sold by vendors around the country. There is more exclusive content on the Big Issue website.