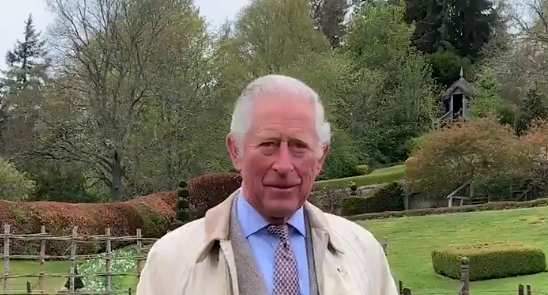 The Prince of Wales is calling on students and furloughed workers to pick fruit and vegetables to help labour market shortages caused by the coronavirus pandemic. The Prince’s message comes as part of the UK government’s Pick For Britain campaign.

In a video posted to Twitter, Charles asked people to take on the “unglamorous” task of picking fresh produce to help out farmers.

“At this time of great uncertainty, many of our normal routines and regular patterns of life are being challenged.

If we are to harvest British fruit and vegetables this year, we need an army of people to help.”

The Prince comparing the would-be pickers to the Land Army of World War II. The Army was comprised of women and girls who volunteered or, were enlisted to take part in agricultural work after men left the country to fight.

“In the coming months, many thousands of people will be needed to bring in the crops. It will be hard graft but is hugely important if we are to avoid the growing crops going to waste,” said the Prince.

The Prince concluded his message by telling viewers that fruit picking was of the “utmost importance” during the pandemic.

Charles had tested positive for the virus back in March. Since then, he has left self-isolation after consulting with a doctor and is said to be in good health.

Coronavirus travel restrictions around the world have made it difficult for British agricultural sectors that traditionally, rely on seasonal migrant workers from Europe. The UK government says they are working with the industry to help fill what is the National Farmers’ Union estimates are around 70,000 seasonal worker roles.