Platinum Jubilee coin to enter circulation as history is made 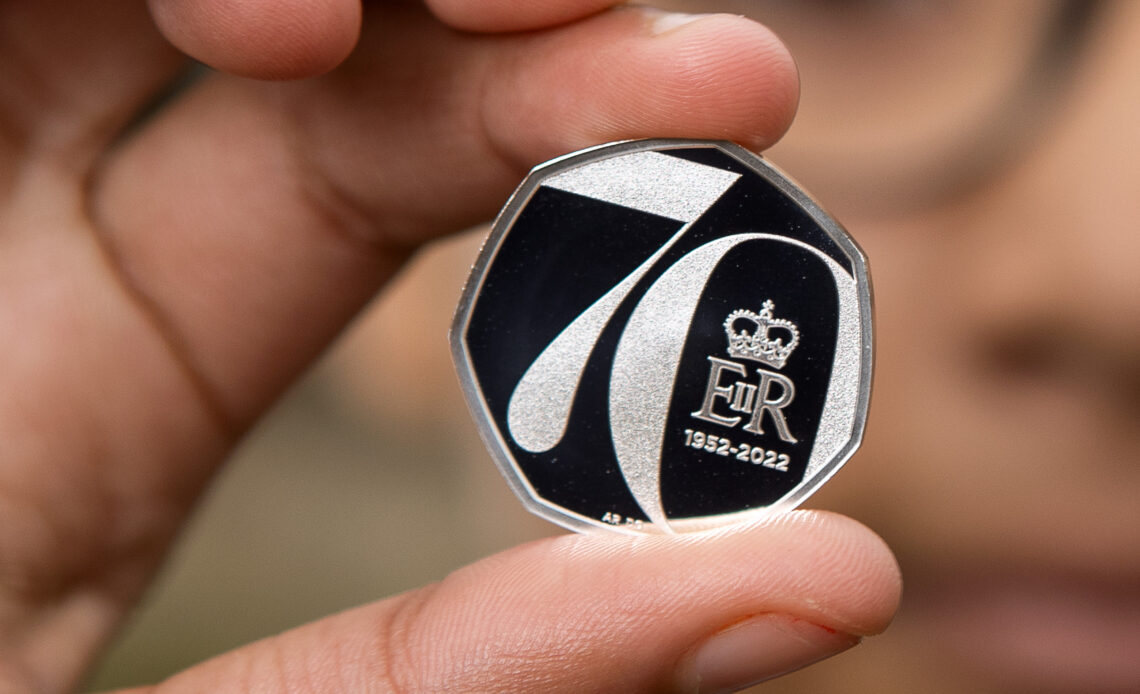 Photo by The Royal Mint

A brand new 50p, marking the Platinum Jubilee, will go into circulation in the UK in the hours after history is made.

The specially designed coin will be landing in purses and tills from February 7th 2022, the day after The Queen reaches the 70th anniversary of her reign.

The 50p is already available to buy as a collector’s edition from the Royal Mint. However, on the day after the Platinum Jubilee is reached, it will start to be issued as change to customers at Post Offices across the UK and so enter general circulation.

It’s the first time a 50p piece has been used to commemorate a major royal event. The coin will be available as change following a purchase. It won’t be possible to pop into a Post Office and just swap another 50p for a special edition.

The special design is on the ‘tails’ side of the coin and features a number 70. Inside the zero is the Royal Cypher and the dates of Her Majesty’s reign, so far. It was created by Osborne Ross and personally approved by The Queen.

The Royal Mint’s Director of UK Currency, Mark Loveridge, said ”Coins tell the story of our nation and we are delighted to be working with the Post Office to mark this special Royal occasion. By issuing the Platinum Jubilee coin into circulation it ensures that this significant moment in history can be cherished for generations to come.”

The Queen marks the 70th anniversary of her reign on February 6th 2022 when she becomes the first Monarch in British history to reach a reign of seven decades. The day itself will be spent quietly, as it is also the anniversary of the death of her father, King George VI. The main Jubilee events will take place in the first days of June 2022.