Queen Rania on Prince Philip: “He was a constant anchor for Her Majesty” 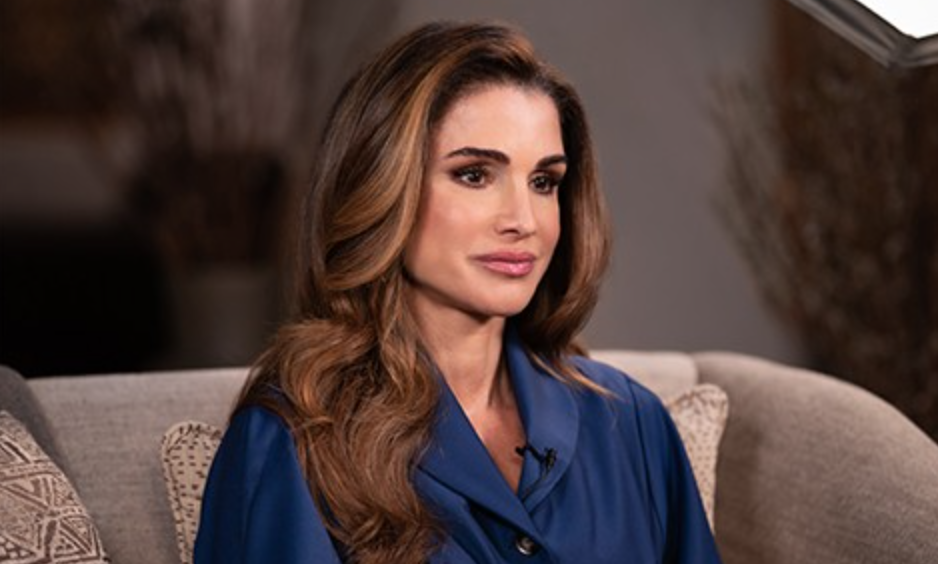 Queen Rania shared her memories of the Duke of Edinburgh on the ITV News special “Prince Philip: A Royal Salute.” The Queen consort of Jordan spoke about the role of a consort, her memories of Prince Philip and the relationship between the British and Jordanian royal families.

Queen Rania spoke to Mary Nightingale at Raghadan Palace in Jordan where she opened up about how there is no clear definition of a consort’s role. Her Majesty remarked: “It is a specific role but it’s also ironically a role that doesn’t have any clear definitions, so you define it as you go along based on how and where you can make a difference, where you are needed and where your passions lie… because you are in the public eye you very often aren’t forgiven for errors. But it’s a journey that you embark on, it’s an evolving role that changes with the times.”

“Being married to someone who is under so much pressure means you have to do whatever you can to try and alleviate some of that pressure. Even if that’s by being a distraction. By providing an environment at home which takes their mind of the heaviness outside the house. That’s instrumental because the wellbeing of your spouse eventually has an impact on how well they carry out their duties,” she went on to add.

There are different challenges for male and female consorts. The Queen of Jordan shared her thoughts in the programme on the challenges Philip faced as a male consort. She stressed that he was an ‘anchor’ for Queen Elizabeth: “There must have been times when it wasn’t easy for him… but at the same time he was a constant anchor for Her Majesty, and I think she probably wouldn’t have been able to carry on her journey they way she did without him by her side.”

The British and Jordanian royal families share a long history, and the Queen – who has been married to King Abdullah II since 1993 – remarked on the similarities between the two families, sharing that they are similar in many ways.

“We’re similar in the way that many other families are similar. We share the same love for our children and concern for the future,” she said. “Being a partner, there is the private role you play to support your spouse who is under the limelight, who is held accountable for everything. Providing that moral and emotional support is absolutely vital and probably the most important role you play.”