Prince Philip, Duke of Edinburgh – the Order of Service is released ahead of the funeral 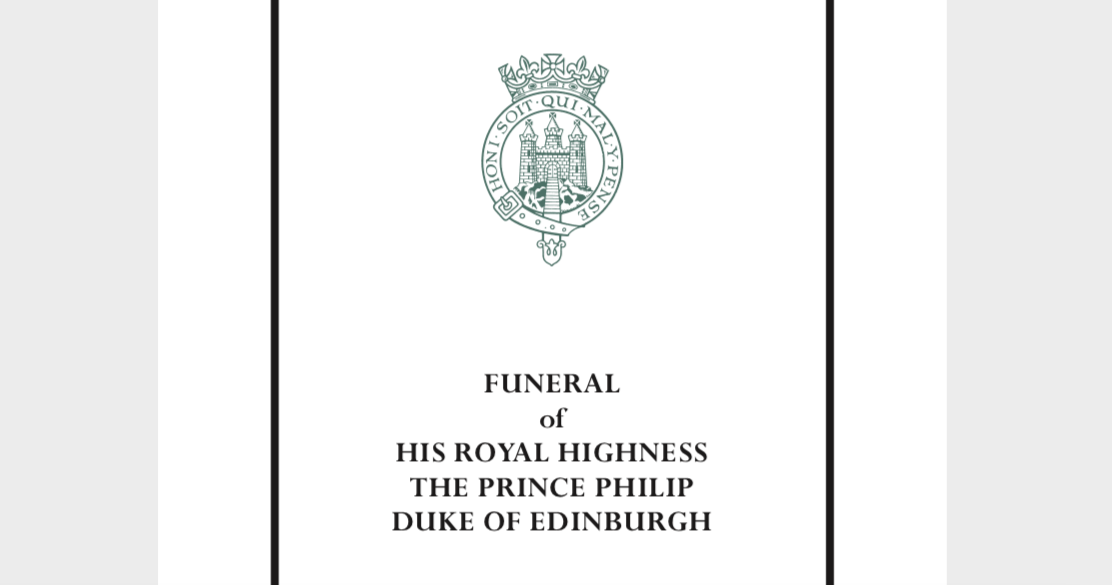 Buckingham Palace has published the Order of Service for the funeral of Prince Philip, Duke of Edinburgh, which will take place at 3pm on Saturday.

The Order of Service was agreed with the Duke of Edinburgh during his lifetime, and consists of 14 pages detailing his military affiliations, as well as personal elements of His Royal Highness’ life.

The Queen will be the last person to arrive at St George’s Chapel shortly before 3pm where she will watch the procession led by the Prince of Wales and Princess Royal.

Guests will then take their seats in the Quire of the Chapel.

The service formally begins at 3pm when the coffin will be removed from the specially designed Land Rover hearse and carried to the West Steps where the nation will observe a one minute silence.

Those taking part in the procession will then take their seats in the Quire while the choir sings.

The Dean of Windsor shall then deliver the bidding.

He shall say: “We are here today in St George’s Chapel to commit into the hands of God the soul of his servant Prince Philip, Duke of Edinburgh.

“With grateful hearts, we remember the many ways in which his long life has been a blessing to us.

“We have been inspired by his unwavering loyalty to our Queen, by his service to the Nation and the Commonwealth, by his courage, fortitude and faith.

“Our lives have been enriched through the challenges that he has set us, the encouragement that he has given us, his kindness, humour and humanity.

“We therefore pray that God will give us grace to follow his example, and that, with our brother Philip, at the last, we shall know the joys of life eternal.”

A number of prayers and readings will then be delivered. The Archbishop of Canterbury shall read John 11. 21–27 to the 30 assembled guests and many millions watching around the world.

As noted in the Order of Service, Prince Philip requested that Psalm 104 should be set to music by William Lovelady.

Originally composed as a cantata in three movements, it was first sung in honour of His Royal Highnesses’s 75th birthday.

As Prince Philip’s coffin is lowered into the Royal Vault, the Dean of Windsor shall give the commendation.

The Garter Principal King of Arms shall then proclaim the titles and styles of the Duke of Edinburgh.

Thereafter, the Pipe Major of The Royal Regiment of Scotland plays a lament and the Buglers of the Royal Marines shall sound The Last Post.

After a period of silence, the State Trumpeters of the Household Cavalry sound Reveille.

In what will be an emotional moment, as requested by the Duke of Edinburgh, The Buglers of the Royal Marines will sound Action Stations.

The Archbishop of Canterbury will then deliver the blessings, before the choir of four sings the National Anthem.

All those present shall remain standing in their places as The Queen, Members of The Royal Family, and members of the Duke of Edinburgh’s family leave the chapel via the Galilee Porch.