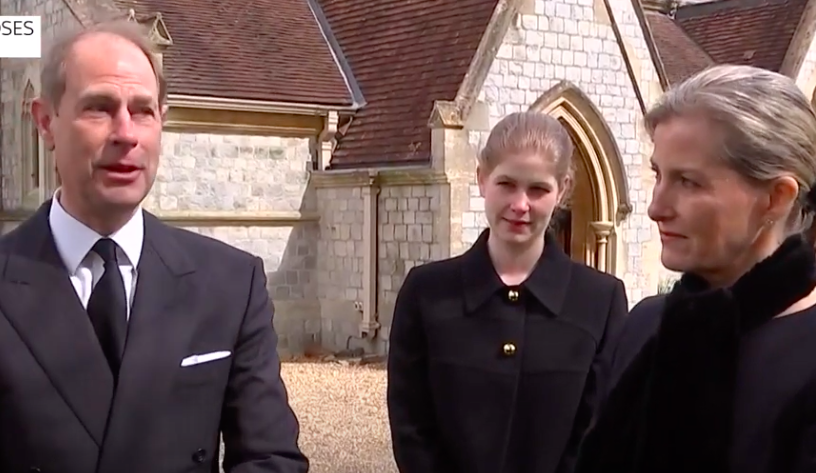 The Earl of Wessex has spoken of his shock at the death of his father, the Duke of Edinburgh, who died on Friday at the age of 99.

Speaking outside a private service at the Royal Chapel of All Saints in Windsor, Prince Edward said that Prince Philip’s loss will be felt far wider than just The Royal Family.

Standing alongside the Countess of Wessex and Lady Louise, the Earl said: “It’s been a bit of a shock.

“However much one tries to prepare oneself for something like this, it is still a dreadful shock and we are still coming to terms with that – it is very very sad.

“Just being here this morning with everybody form Windsor Great Park – he was a Ranger here for more years than any other Ranger.

“He means so much to many people here.

“And it is the same for those who lived and worked at Balmoral and Sandringham.

“For all those past and present it means a huge amount to them. They all had their own personal memories and stories, and our hears go out to them as well.”

The Countess of Wessex also spoke fondly of her father-in-law, saying: “He always exchanged words with everybody because it didn’t matter what anybody was doing in and around the estate here or anywhere else, they all meant a lot to him, and he always took a very personal interest in everything that they were doing.

“So they all have stories to tell, and most of them are very funny as well.”

When asked by a journalist how The Queen was doing, Sophie replied that she was “thinking of others before herself .”

Edward added that Her Majesty was “bearing up.”

According to Prince Andrew, The Queen herself has described the death of her husband of 73 years as “leaving a huge void” in her life.

Andrew said: “We have lost the grandfather of the nation. I feel very sorry and supportive of my mother who is feeling it probably more than everybody else.

“She described it as leaving a huge void in her life. The family are rallying around to make sure we are there to support her.“