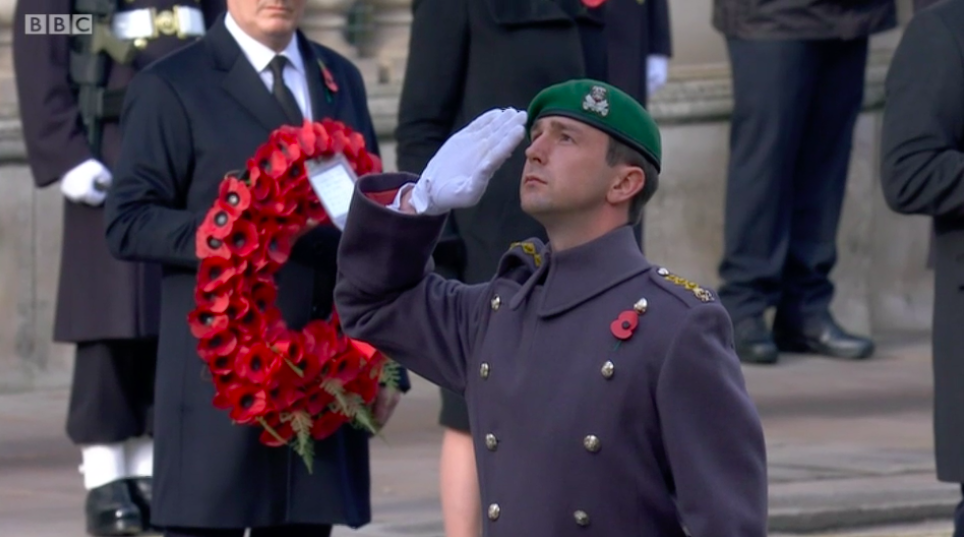 An Equerry was tasked with the honour of laying a wreath on behalf of the Duke of Edinburgh at the Cenotaph on Sunday during the remembrance commemorations.

The 99–year-old Prince was absent from this year’s Armistice Day commemorations, so instead had a wreath placed in lieu.

The Equerry, who is a Captain of the Intelligence Corps, placed the wreath at the base of the Cenotaph before saluting the monument on the Duke’s behalf.

Prince Philip has laid a wreath at the base of the cenotaph during most years, however, due to his and The Queen’s advancing ages, changes were put in place at the 2017 ceremony.

Instead of laying a wreath in person, Prince Charles laid a wreath on behalf of his mother and the Equerry on behalf of the Duke.

This is partly down to the safety and comfort of both The Queen and Prince Philip. Every year after laying their wreaths, Her Majesty and Prince Philip walked down the Cenotaph steps backwards – something which is customary for the royals so they are not seen to turn their backs on the war dead.

Older royals are excused from the practice of walking down the steps backwards at their own discretion, however, it was something both The Queen and Prince Philip were keen to do.

Due to the ongoing public health emergency, very few people gathered at the Cenotaph for a two-minute silence at 11 o’clock to honour those killed in wars and conflicts past and present.

Whereas in usual years, tens of thousands of people would gather to remember the fallen, this year the march past was limited to just 26 veterans.