Lady Elizabeth Shakerley, Queen’s cousin and party planner, has died at the age of 79 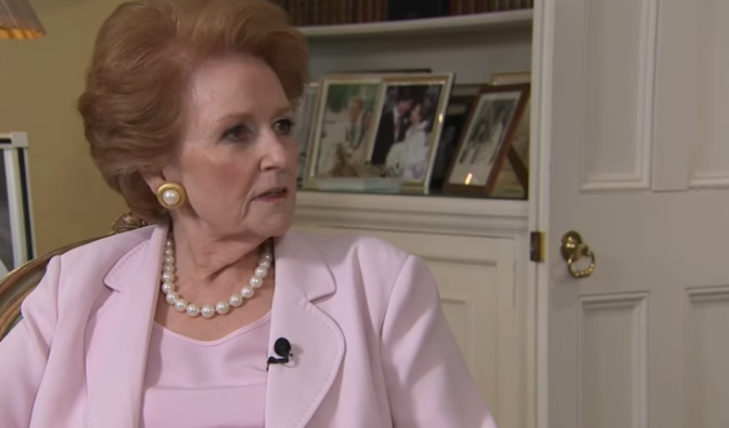 Lady Elizabeth Shakerley, the Queen’s first cousin once removed and her party planner, has died at the age of 79. They were said to be great friends, as well.

Lady Elizabeth began party planning for The Queen around 1960, and most notably, she planned The Queen’s 80th birthday party and the reception for foreign royals before the wedding of The Duke and Duchess of Cambridge. She also planned the wedding of Pavlos, Crown Prince of Greece, and Marie-Chantal Miller and the 80th birthday celebrations of the King and Queen of Norway. She also appeared in the official photos taken afterwards.

In 2018, Lady Elizabeth attended the state banquet given in honour of the King and Queen of the Netherlands at Buckingham Palace, and she was made Commander of the Royal Victorian Order by her cousin earlier this year.

Lady Elizabeth was born on 7 June 1941 as The Honourable Elizabeth Georgiana Anson as the daughter of Thomas Anson, Viscount Anson and Anne Bowes-Lyon, later Princess Anne of Denmark by her second marriage. Anne was the daughter of the second son of the 14th Earl of Strathmore and Kinghorne, who was the brother of Queen Elizabeth The Queen Mother. Lady Elizabeth’s father died before succeeding to the earldom of Lichfield, but she was granted the rank of an Earl’s daughter in 1961. On 27 July 1972, she married Sir Geoffrey Shakerley, 6th Bt and they had one daughter together. They divorced in 2009.

She is survived by her daughter and two grandchildren.