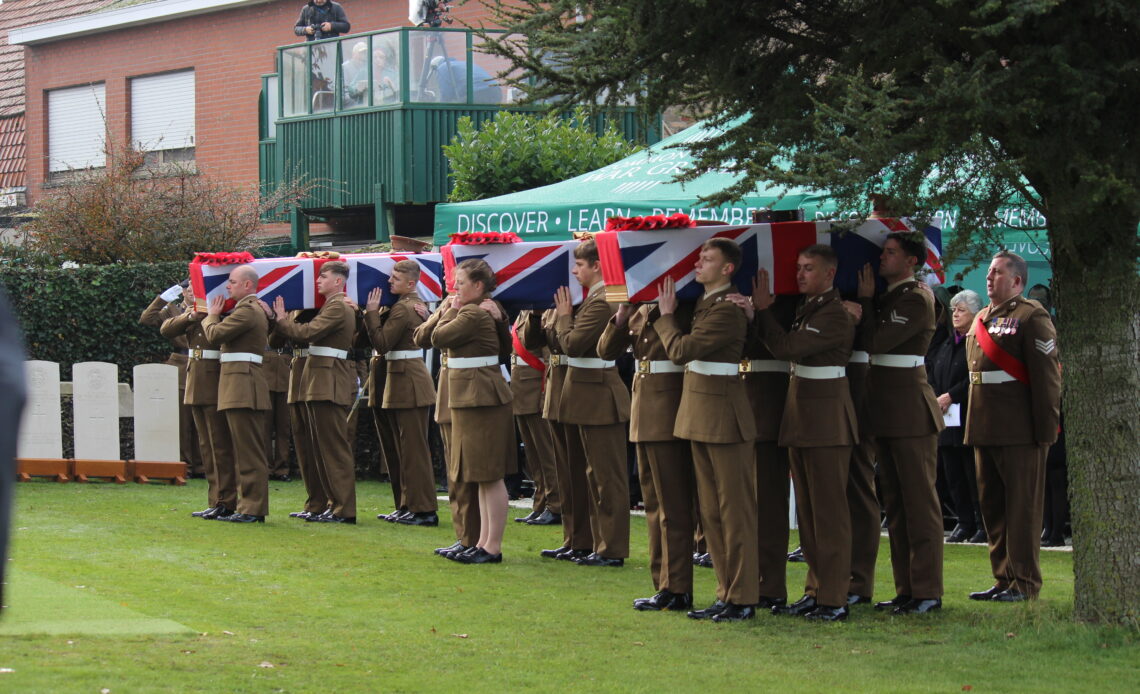 The Duke of Kent has attended the funerals of nine soldiers killed in World War One who have finally been buried with full military honours over a century after their deaths.

The Duke took part in the solemn, final farewell to the military men who were killed in World War One. Their remains were discovered in 2018.

The nine soldiers died in action between October 13th and 14th 1917 although the exact date of death of one of the men couldn’t be determined. They were buried at Tyne Cot cemetery in Belgium on November 17th 2021.

The cemetery is looked after by the Commonwealth War Graves Commission. The Duke of Kent, who is President of the CWGC, watched as the nine coffins, draped in the union flag, were brought to the graveyard for burial. Alongside him were Sir Bill Rollo, Vice Chairman of the Commission, and the organisation’s Director General, Claire Horton.

Prince Edward then stood in silence as wreaths of poppies and laurels were placed at the gravesides.

Eight of the men are known to have fought with the Northumberland Fusiliers and seven of those killed have been identified by the Ministry of Defence’s Joint Casualty and Compassionate Centre. The other two’s identities remain unknown. The JCCC organised today’s funeral ceremony.

The Commonwealth War Graves Commission works to honour all those killed in the First and Second World Wars by ensuring their memory is never forgotten. The organisation maintains, records and marks graves and commemorations for military personnel from across the Commonwealth. It is funded by six member governments and cares for cemeteries at 23 locations around the world.