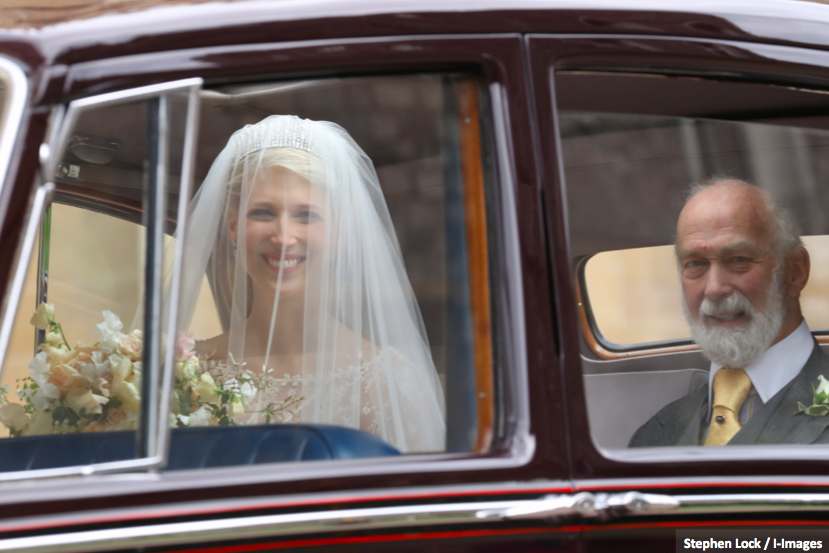 Royal wedding bouquets are often overlooked but they are often filled with significance. As well as the myrtle that’s been a tradition since the time of Queen Victoria, these posies are filled with blooms that nod to history and highlight the romance that has brought a bride and groom together. Here’s a look back at the floral choices made by some of the House of Kent’s royal women.

Princess Marina, Duchess of Kent’s huge wedding bouquet, carried to her marriage at Westminster Abbey on November 29th 1934, was dominated by lilies. Interest in this royal wedding was huge with the team responsible for growing the flowers photographed by newspapers beforehand.

Katharine Worsley was the first royal bride at York Minster in over 600 years so when she wed Edward, Duke of Kent there on June 8th 1961 she carried a bouquet featuring the city’s famous flower. The new Duchess of Kent, who was born and raised at Hovingham Hall in Yorkshire, chose a posy full of the white rose of her home county. Her bridesmaids also carried arrangements of roses with rosebuds in their hair. And just to make this an even more perfect choice, in the language of flowers so beloved by Queen Victoria, a bridal rose means happy love.

On 24th April 1963, Princess Alexandra of Kent married Angus Ogilvy at Westminster Abbey with a retinue of royal guests in attendance. The bride chose a small bouquet of spring flowers which included camellias and jasmine. In the language of flowers, camellias signify admiration while jasmine means contentment.

Lady Helen Windsor, who married Timothy Taylor on July 18th 1992 at St. George’s Chapel, Windsor, was an unusual royal bride. She opted for pastel shades for her flowers rather than the more traditional whites and creams. The end result was a pretty posy of pink roses, cornflowers and lavender. In the language of flowers, pink roses mean grace and joy while lavender symbolises devotion.

Lady Gabriella kept the Kent theme of unusual floral picks going for her marriage to Thomas Kingston at St. George’s Chapel, Windsor on May 18th 2019. The bride carried a posy of cream and pale coral blooms which included roses, stocks, delphiniums and peonies. In the language of flowers, stocks signify affection and lasting beauty.