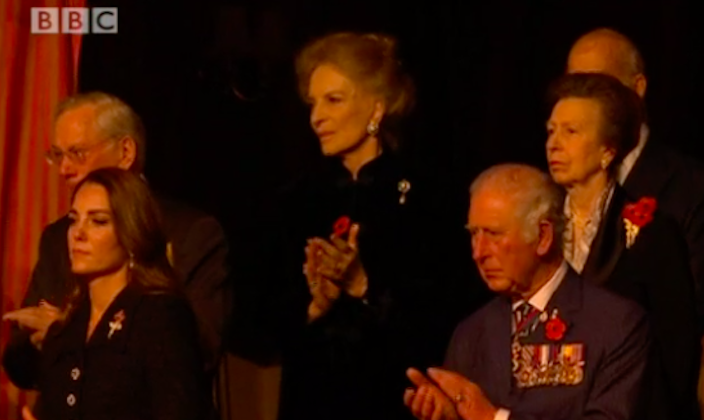 It was in November 2020 when the Princess was reported to be quarantining at Kensington Palace after contracting the illness.

Her recovery has been far from straightforward, with the 76-year-old royal suffering from the impact of long Covid.

It is understood that Her Royal Highness became ill with blood clots in the months after being infected with coronavirus.

She then continued to suffer from extreme fatigue and fevers. It is unknown whether HRH continues to feel the impact of Covid-19, or whether she has now fully recovered.

Her attendance at the Festival of Remembrance was the first major event she has attended since before the start of the global health emergency last March.

HRH is a regular face in the Royal Box at the Wimbledon Championships, however, in 2021 she was a notable absentee.

It is thought she was unable to attend due to complications from long-Covid, with Prince Michael attending the tennis tournament alone.

Prince and Princess Michael are not working members of The Royal Family and are not funded by the taxpayer.

They do not undertake engagements on behalf of The Queen, and are usually only spotted at major annual events such as the Remembrance commemorations and Wimbledon.

Saturday was the first time in many years where The Queen has missed the Festival of Remembrance.

Her Majesty continues to rest at Windsor Castle on the advice of her doctors.

In Her Majesty’s place, the Prince of Wales and the Duchess of Cornwall led the royal party at the commemorations.

Charles and Camilla were joined in the Royal Box by senior members of The Royal Family including the Duke and Duchess of Cambridge.