Festival Of Remembrance line-up: A full list of royals attending commemorations at the Royal Albert Hall 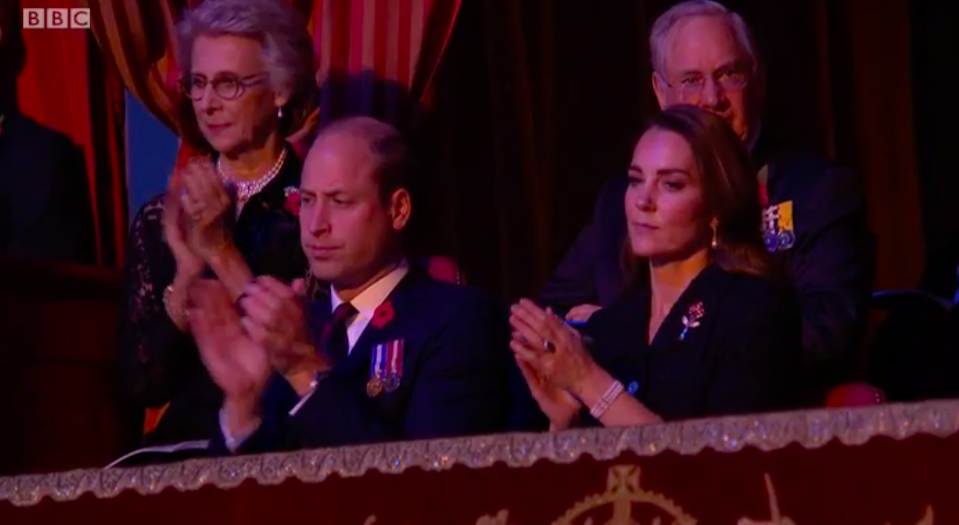 The Royal Family came out in full force for the Royal British Legion’s Festival of Remembrance on Saturday night, despite the absence of The Queen who continues to rest on medical advice.

In Her Majesty’s place, the Prince of Wales and the Duchess of Cornwall led the royal party at the commemorations.

Charles and Camilla were joined in the Royal Box by the Duke of Cambridge and the Duchess of Cambridge.

There was no Prince Andrew at this year’s event due to him stepping back from all public duties, however, Prince Charles’s two other siblings were present.

The Earl of Wessex and the Princess Royal were joined in the Royal Box by their partners, the Countess of Wessex and Sir Tim Laurence respectively.

After a lengthy absence from the public stage due to the global health emergency of the past two years, this was also one of the first opportunities we had to see The Queen’s cousins on a big occasion.

The Duke and Duchess of Gloucester were sat in the Royal Box alongside Prince and Princess Michael of Kent.

Also present was the Duke of Kent and Princess Alexandra.

Sat besides members of The Royal Family was Prime Minister Boris Johnson after recently returning from Glasgow for the COP26 climate summit.

Leader of the Opposition, Sir Kier Starmer, was also present to watch the commemorations in the Royal Albert Hall.

This was the first time in many years that the 95-year-old monarch has missed the Festival of Remembrance.

Her Majesty continues to rest at Windsor Castle on the advice of her doctors.

The monarch’s period of rest looks set to continue for the time being, although she is determined to attend commemorations at the Cenotaph on Sunday morning.

As in previous years, The Queen will not lay a wreath. Instead, she will watch over proceedings from the balcony of the Foreign, Commonwealth and Development Office in Whitehall.