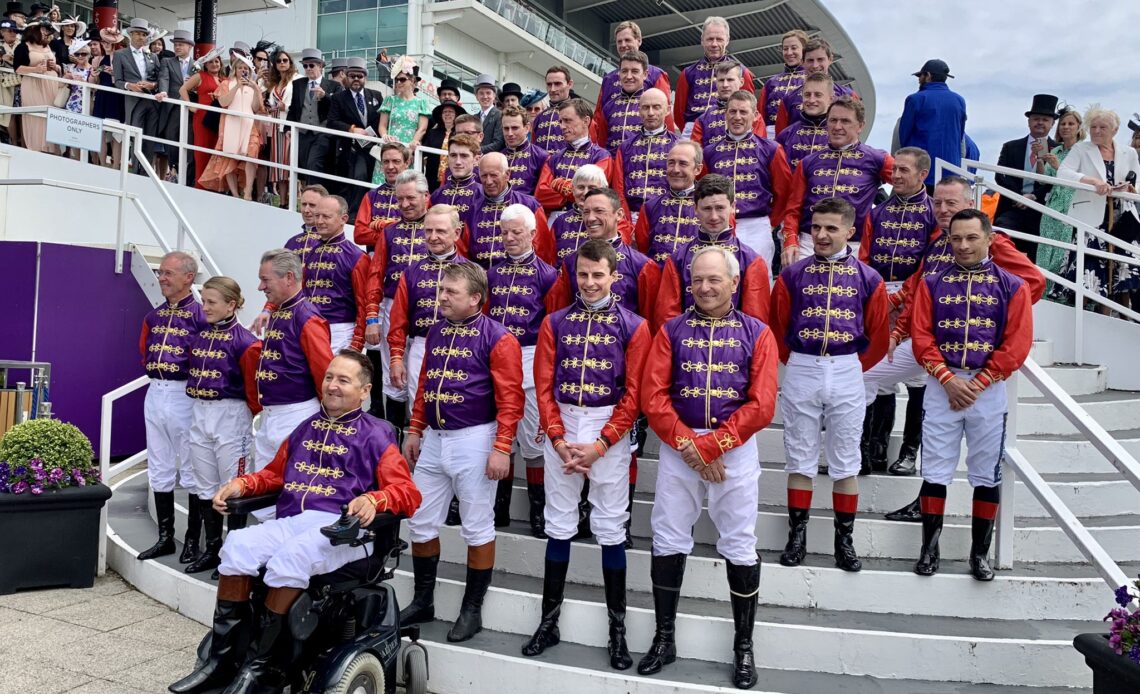 Current and retired jockeys have performed a guard of honour in tribute to The Queen in honour of her Platinum Jubilee.

Although not present at the racecourse, the jockeys, all wearing The Queen’s famous facing colours, lined up on the track in tribute to the monarch.

The guard of honour was formed when Princess Anne was arriving at the racecourse, with the royal party passing through.

1992 Derby winner John Reid was also in the line up, as was Frankie Dettori and Ryan Moore – fresh from his Oaks success on Friday.

Many of The Queen’s other regular jockeys were also there, including Hayley Turner and Hollie Doyle.

The 96-year-old monarch decided not to attend the horse racing extravaganza due to her ongoing mobility problems, however, she did watch the events on the TV.

So far this Platinum Jubilee, The Queen has only appeared publicly twice – once on the balcony of Buckingham Palace, and once to ceremonially light the beacon from Windsor Castle.