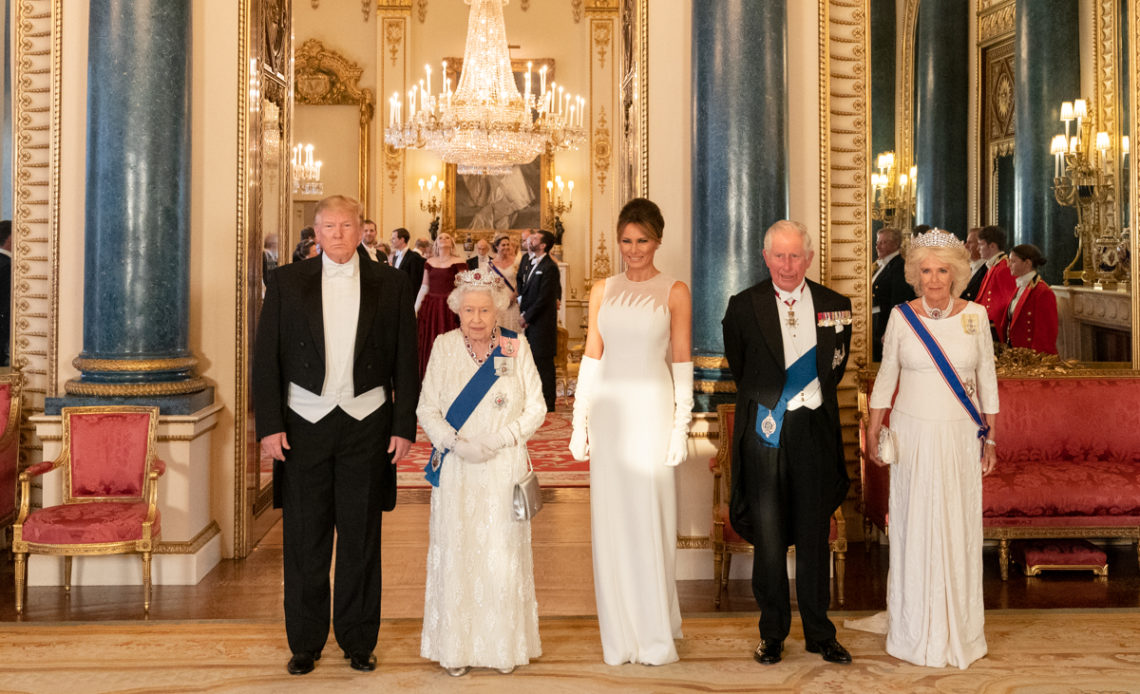 The Royal family has many notable pieces of jewellery in its collection. While Royal Central has covered different parts of the vast collection, this month Royal Central is looking at Britain’s famous rubies.

Considered one of the traditional cardinal gems along with amethyst, sapphire, emerald, and diamond, the ruby is known as the birthstone for July. The word “ruby” itself comes from ruber, the Latin word for red.

Made by Garrad and Co., Queen Elizabeth II ordered the Burmese Ruby Tiara in 1973. It is designed in the form of a wreath of roses with silver and diamonds making up the petals while clusters of gold and rubies form the centre of the flowers.

A total of 96 rubies are mounted on the tiara, with jewels coming from The Queen’s private collection. The rubies are originally from a necklace that was gifted as a wedding present in 1947 by the people of Burma (now Myanmar.) The rubies are credited as having the ability to protect its owner from sickness and evil.

As for the diamonds on the tiara, they are a wedding present from the Nizam of Hyderabad and Berar, who had a vast jewellery collection of his own.

This piece was given to the Queen Mother by King George VI. Often worn in the form of a bandeau, the piece is now part of The Queen’s collection. Composed of ruby, emerald, and sapphire bracelets, The Queen is often seen wearing the items individually as bracelets or lending them to other members of the Royal Family.

Upon the death of The Queen’s father, King George VI, the crown rubies were passed down to The Queen. Because they were a favourite of The Queen Mother, she kept them in her possession until her death in 2002. While it has not been confirmed, it’s thought that this is the reason The Queen bought her own rubies in the 1960s and 1970s.

In 1964, The Queen acquired the Baring Ruby Necklace. Formerly, it belonged to the Baring collection. It’s believed that each of the three central pendants had been used as a pair of earrings and a pendant.

Prince Andrew and Sarah Ferguson announced their engagement on 16 March 1986. The engagement ring, designed by Garrad, featured one big ruby surrounded by 10 diamonds.

In the couple’s engagement interview, the Prince explained that the ruby had a much deeper meaning than one may have thought.

“We came to the mutual conclusion that red was probably the best colour for Sarah. That’s how we came to the choice of the ruby. The extra bits around the outside, we wanted something that was slightly unconventional.”

Prior to the Victorian era of 1837 to 1901, engagement rings were a rare commodity. During Queen Victoria’s reign, there was an increased demand for jewellery, and many women dreamt of a diamond engagement ring.

With the trend emerging, Prince Albert presented Queen Victoria with an 18-carat gold serpent engagement ring in 1839. A serpent is considered as the ancient Roman symbol for everlasting love. It’s said Prince Albert designed the ring himself, and it’s also believed the Queen was wearing the ring when she was buried.

Princess Margaret’s engagement ring was designed by her future husband, photographer Antony Armstrong-Jones. The ruby, surrounded by diamonds was created to look like a rosebud which honoured the Princess’s middle name, Rose.