Inside the Jubilee exhibitions: Coronation on show at Windsor Castle 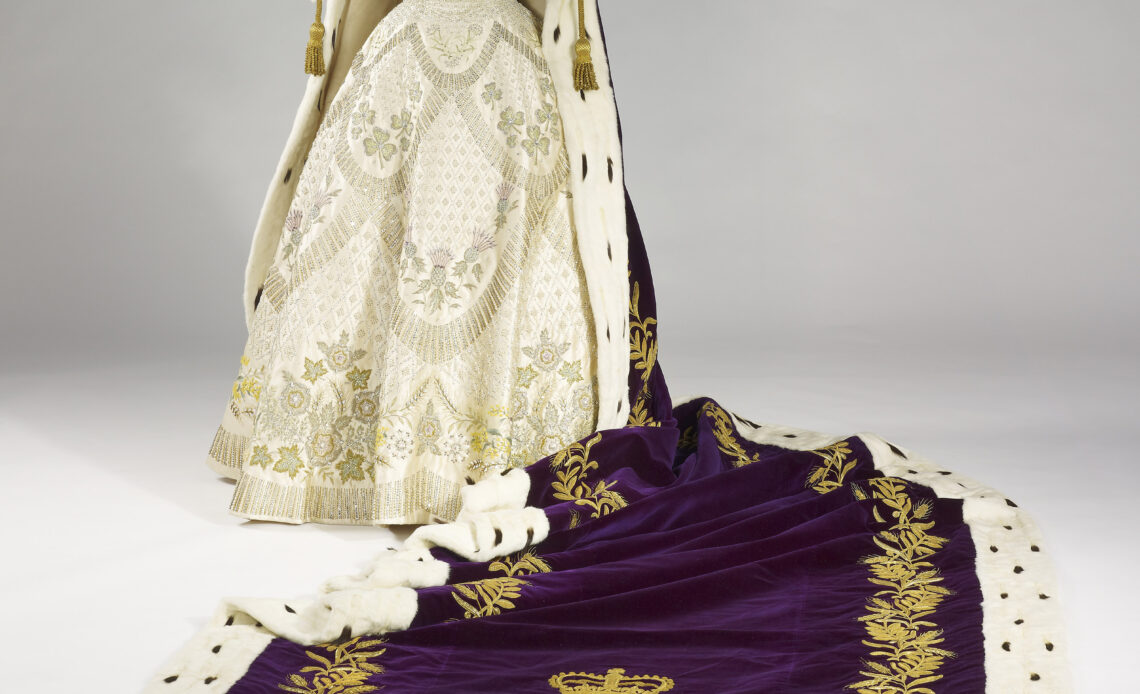 The Royal Collection Trust will be staging three different exhibitions in 2022 to mark The Queen’s Platinum Jubilee, at Buckingham Palace, Windsor Castle, and the Palace of Holyroodhouse. The exhibition at Windsor Castle is set to explore The Queen’s Coronation in 1953.

Platinum Jubilee: The Queen’s Coronation will be on at Windsor Castle from Thursday 7 July to Monday 26 September 2022. It will include several historic items from the 1953 coronation.

The Queen’s Coronation Dress, designed by British couturier Norman Hartnell, will be on display. Known as The First Knight of Fashion, Hartnell submitted a string of designs to the young Queen, but she requested a ninth – that final design became her Coronation Dress. Made of white duchesse satin with coloured embroidery, the gown features the four national symbols of England, Scotland, Wales, and Northern Ireland, as well those of the Commonwealth dominions in a lattice-work design.

Her Majesty’s Robe of Estate will also be on display at Windsor. It is 6.5 metres long from the shoulder to the end of the train, and made of purple silk velvet woven by Warner & Sons. The robe was designed and made by Ede and Ravenscroft, and the embroidery was completed by the Royal School of Needlework.

The Textile Research Centre describes the embroidery as “goldwork with the ciphers of the queen and has a border of olive branches and wheat ears, symbolising peace and plenty respectively. “ Twelve different embroiderers worked over 3,500 hours to complete the embroidery.

Platinum Jubilee: The Queen’s Ascension will be open at Buckingham Palace from Friday 22 July to Sunday 2 October, 2022, and will feature the Girls of Great Britain and Ireland Tiara. A third exhibition celebrating The Queen’s Jubilees will be on at the Palace of Holyroodhouse in Edinburgh, with dates to follow. Tickets must be booked ahead, and the Jubilee exhibitions are included in the general cost of admission.