The Duke of Gloucester gets early taste of Platinum Jubilee celebrations 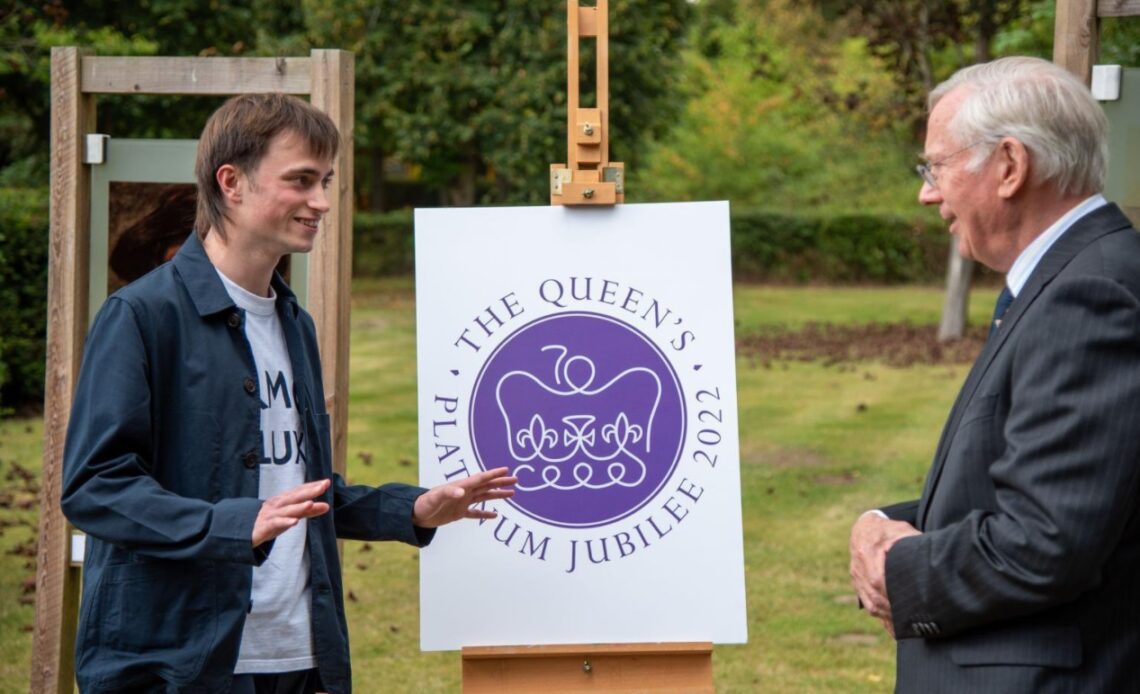 The Duke of Gloucester has had an early brush with the celebrations for the Platinum Jubilee of his cousin, The Queen. During a visit to Nottinghamshire, the Duke came face to face with the logo that will be used throughout the event.

The emblem was created by Edward Roberts, 19, a graphics design student and will feature on all official merchandise for the Jubilee. The Duke of Gloucester met the designer and heard about the ideas behind his logo as he opened a new outdoor artists trail based at Patchings Art Centre in Calverton.

The trail takes visitors through an open air display of art. Entitled ”Our favourite and well known paintings”, the exhibition tells the story of art with an audio commentary. It’s part of a new and ongoing project at the centre which will also include interactive experiences.

The Duke of Gloucester has a long standing interest in the arts and design. He trained as an architect but gave up his career to concentrate on royal engagements and supporting The Queen following the death of his older brother, Prince William, in an air crash in 1972.

The Queen’s Platinum Jubilee will be marked throughout 2022. The 70th anniversary of her reign falls on February 6th but will be kept privately, as usual, as the date also marks the death of Her Majesty’s father, King George VI. The main celebrations will take place between June 2nd and June 5th 2022.