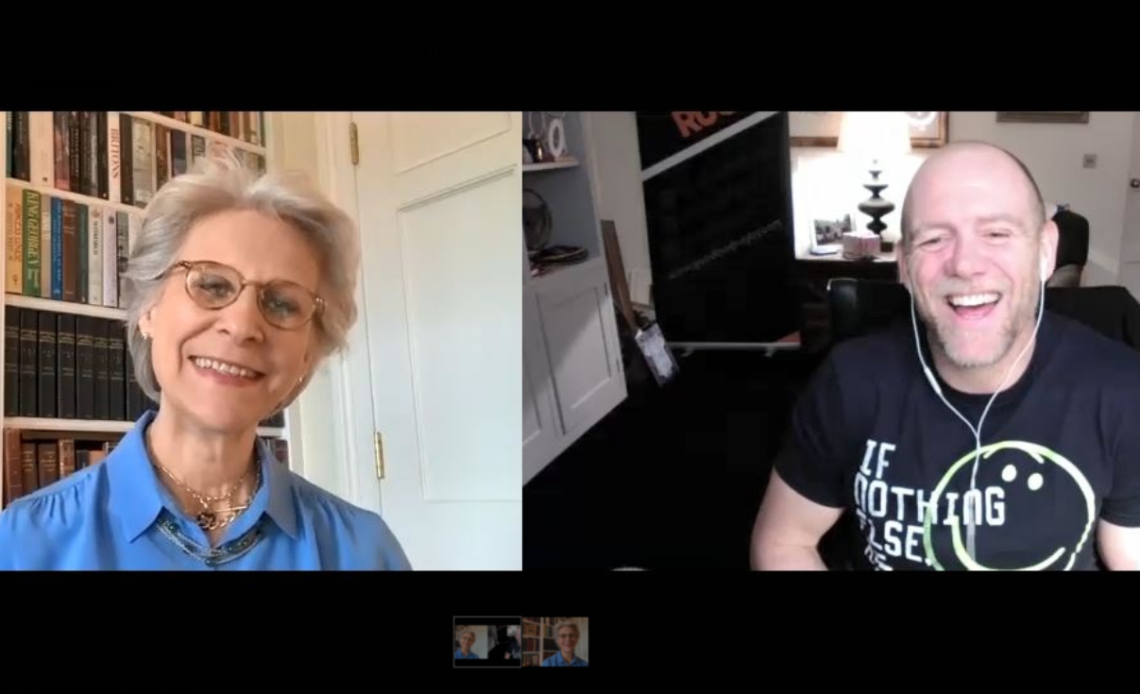 The Duchess of Gloucester and Mike Tindall have come together to conduct a rare virtual joint engagement to mark Parkinson’s Awareness Month.

The two royals spoke via video call on Wednesday 7th April to draw attention to the need to find a cure for the condition.

Birgitte and Mike also wanted to thank carers, volunteers, researchers and fundraisers who dedicate their time to supporting people living with Parkinson’s.

The conversation was recorded ahead of World Parkinson’s Day, which was marked on Sunday, 11th April.

During the video call, Her Royal Highness said: “It’s World Parkinson’s Day on Sunday, which is a good opportunity to thank all the carers, supporters, researchers, volunteers and fundraisers who do so much for the charities and for people who live with Parkinson’s.

“I hope you will all continue doing this wonderful work. Many, many people are truly grateful to you all.”

Mike added: “Thank you to everyone who is involved with any part of Parkinson’s. It means a lot to me.”

Mike’s father, Philip, was diagnosed with Parkinson’s in 2003.

He told the Duchess of Gloucester about the family’s experience since his diagnosis.

Mike said: “He’s had a really tough five years. It’s our ten-year wedding anniversary this year and it was that year that the decline started.

“And then you throw in lockdown – both my parents are on the vulnerable list so they have literally not left their house in a year.

“It’s very important for people who don’t know the circumstances, how much it involves a partner or a wife or a husband. It’s about teamwork.”