Earl of Wessex expands reach of the Duke of Edinburgh Award 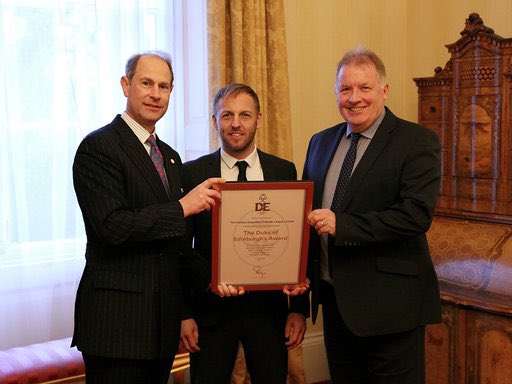 On Wednesday, The Earl of Wessex presented the premier league with its Duke of Edinburgh license certificate.

This will allow Under 14 and Under 15 players the opportunity to take part in different activities to develop their skills and enhance their prospects, both on and off the football pitch.

Under the DofE charity, the organisation also works young people to gain essential skills, experience, confidence, and resilience to successfully navigate adult life. Helping the youth develop those skills both for life, and work.

The Duke of Edinburgh Award was founded by Prince Philip in 1956. The Earl of Wessex, Edward, has been deeply committed and involved in the organisation’s work since he achieved his own Gold Award in 1986.

In his role, the Earl travels throughout the UK and overseas attending events and presenting Gold Awards. In 1999, Edward established the International Special Projects Group to broaden the reach of the Award. Focusing on young people who are considered to be at risk or marginalised in society.

In 2016, the Award celebrated its 60th anniversary. In that time span, almost 2.5 million young people had achieved awards. As of today, there are currently one million participants in the initiative.

By 2021, the DofE hopes to increase those starting the programme per year to 350,000, with 20% of those participants being from disadvantaged backgrounds.

The organisation also wants to ensure an average completion rate of 60+%.