Court Circular entry for the funeral of Prince Philip, Duke of Edinburgh 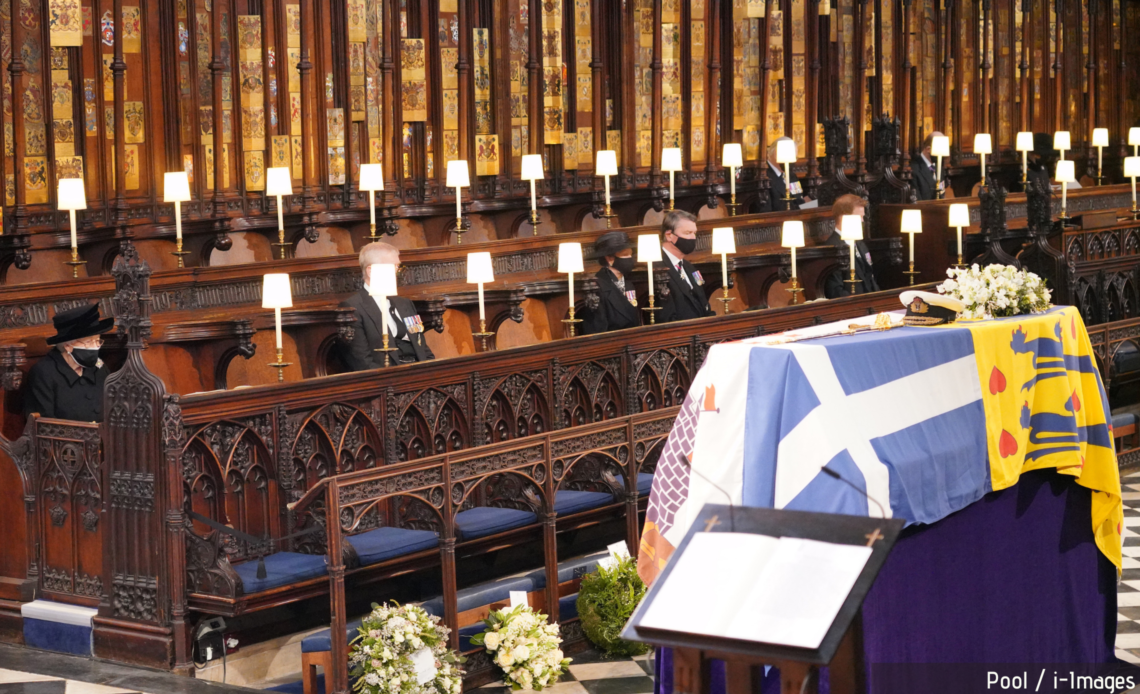 The funeral of Prince Philip, Duke of Edinburgh has been listed in the Court Circular as published by The Times of London.

The Court Circular, established in the 18th century by George III, lists all official engagements carried out by The Royal Family for the benefit of the media.

The poignant entry surrounding Prince Philip’s funeral, listing all of the attendees, was published on Monday.

The Funeral of The Prince Philip, Duke of Edinburgh took place in St George’s Chapel, Windsor Castle, this afternoon.

The Queen, accompanied by The Prince of Wales and The Duchess of Cornwall, The Duke and Duchess of Cambridge, The Duke of Sussex, The Duke of York, Princess Beatrice, Mrs Edoardo Mapelli Mozzi and Mr Edoardo Mapelli Mozzi, Princess Eugenie, Mrs Jack Brooksbank and Mr Jack Brooksbank, The Earl and Countess of Wessex, accompanied by the Lady Louise Mountbatten-Windsor and Viscount Severn, The Princess Royal and Vice Admiral Sir Tim Laurence, Mr Peter Phillips, Mr and Mrs Michael Tindall, the Earl of Snowdon, Mr Daniel and the Lady Sarah Chatto, The Duke of Gloucester, The Duke of Kent and Princess Alexandra, the Hon Lady Ogilvy were present.

The Hereditary Prince of Baden, The Landgrave of Hesse, The Prince of Hohenlohe-Langenburg and the Countess Mountbatten of Burma attended.

The Dean of Windsor conducted the Service and offered the Commendatory Prayer.

The Archbishop of Canterbury pronounced the Blessing.