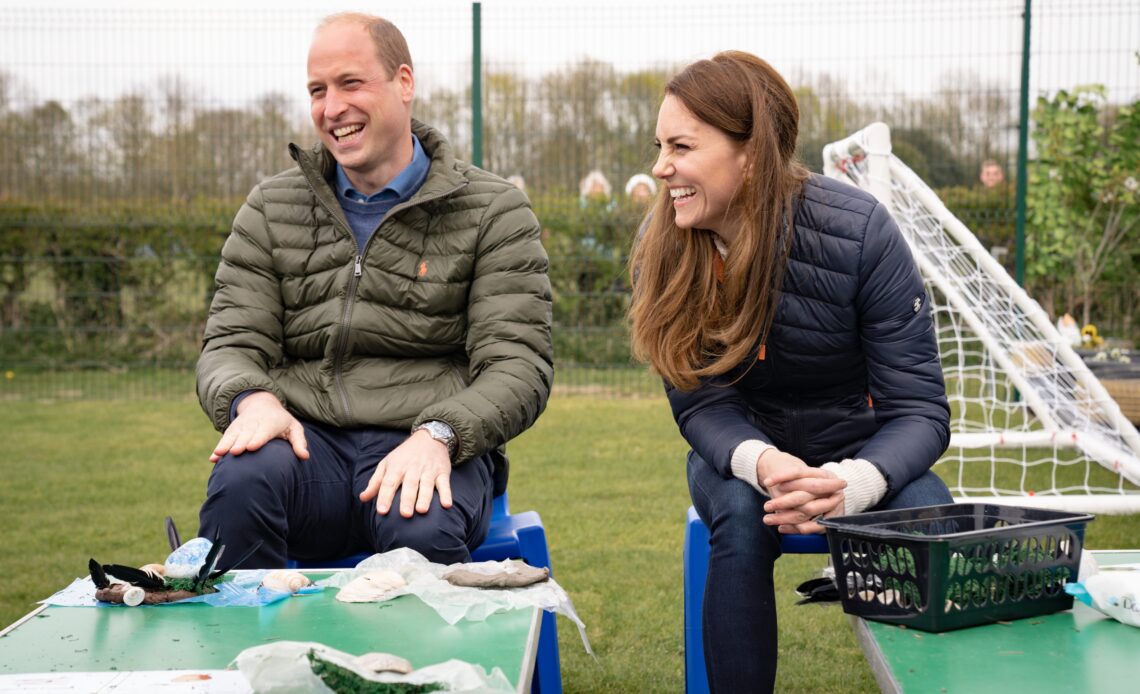 Days before their tenth wedding anniversary, The Duke and Duchess of Cambridge carried out engagements in County Durham to view projects that were supported by their Royal Wedding Charitable Gift Fund in 2011.

First, William and Kate visited Manor Farm that raises cattle, sheep and arable, for a tour of the facilities. According to Kensington Palace, the royals learned from owners Clare Wise and Stewart Chapman about the tools they use to support productivity and sustainability that also protect their livestock’s health and welfare. This included riding the tractors used on the farm and meeting some of the livestock to view the practices in place.

William and Kate then met with local farmers supported by the National Farmers Union to hear about the impact of the coronavirus pandemic and how their mental health was impacted by balancing taking care of childcare needs with their farm work. They also discussed how the farming industry is improving its environmental impact ahead of the COP26 Climate Change Conference in Glasgow this year.

Following their visit to Manor Farm, the Duke and Duchess visited the Cheesy Waffles Project, which supports young people and adult to gain the skills needed to transition to adulthood.

The Cheesy Waffles Project is supported by The Key, known as Keyfund in 2011 when William and Kate designated funds from their Royal Wedding Charitable Gift Fund. The youth charity collaborates with other charities across the northeast of England to empower young people.

Richard Haigh, the Chief Executive of The Key, told reporters: “We got £33,000 in from the wedding gift fund. We were absolutely delighted because we were one of 33 organisations selected by the Duke and Duchess.

“We were able to take on an extra member of staff, which enable us to increase the number of young people we were working with within the North-East and also allowed us to start working with young people from outside the region.

“We hosted the Royal couple almost 10 years ago, so this has been chance for them to come back and catch up on what has been happening.

“It’s fantastic to have that relationship with them.”

William told two young people, Evan Jones and Lee Middleton, that Prince Philip would be “so pleased you got your awards.” Evan told reporters afterwards: “Today has been brilliant. It’s the best thing that has happened to me in my heart.”