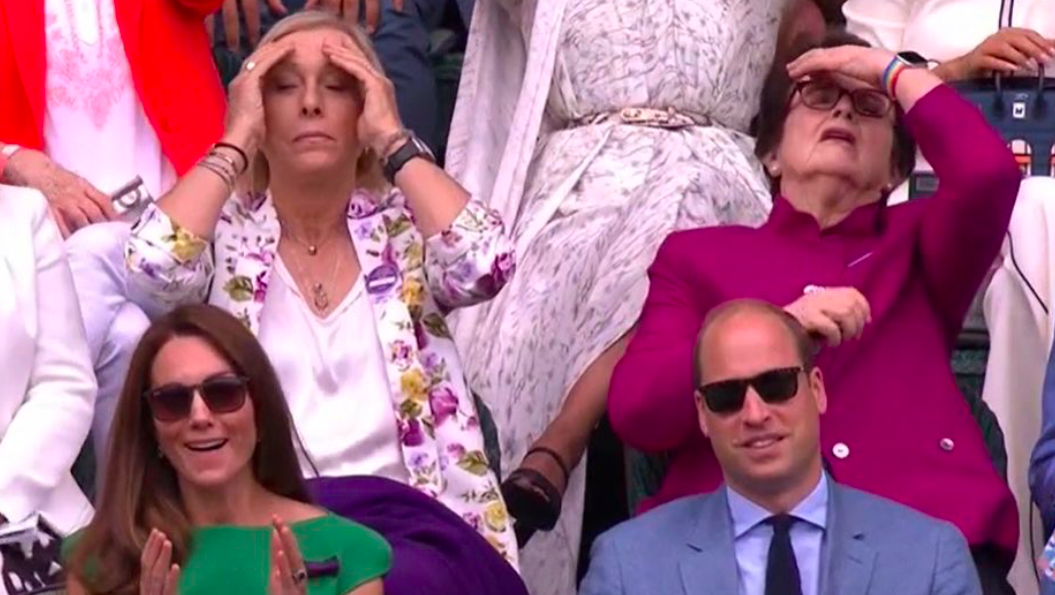 Fresh out of isolation, the Duchess of Cambridge joined her husband, Prince William, in the Royal Box at Wimbledon on Saturday.

Their Royal Highnesses watched a thrilling match between Australian Ashleigh Barty and Czech Karolína Plíšková in the Ladies Singles final.

After two hours of play, it was the world number one, Ash Barty, who lifted the famous Wimbledon trophy.

Joining the Duke and Duchess of Cambridge in the Royal Box were former Wimbledon champions Billie Jean King and Martina Navratilova.

American tennis star King was formerly the world number one, and has won six Wimbledon titles – the first of which was in 1966.

Czech-American Navratilova won Wimbledon a staggering nine times, her first success being in 1978.

The Duchess of Cambridge, who is Patron of the All England Lawn Tennis and Croquet Club, has been a life-long tennis fan. She regularly attends the tournament and has called it a “quintessential part of the English summer.”

In a BBC interview in 2017, Catherine spoke of her love of the sport, saying: “I think it really inspires youngsters, myself, it inspired me, when I was younger, to get involved in the game. It hasn’t changed either, I think that’s what’s so wonderful. You know everyone’s still there in their whites, Wimbledon still looks as amazing as it did as I remember it as a youngster, you’ve got the strawberries and cream. And, you know, every time Wimbledon is on I’m there thinking, ‘Yes, I can do, I can do the same’. Get that racket. Sadly never, never the same results.”

The Duchess was joined by her husband to watch Barty play Plíšková on Saturday afternoon, and later presented the trophy to her. For the trophy presentation, Kate was joined by the Duke of Kent, Wimbledon’s out-going President, who will present his last trophy at the Men’s Singles championship tomorrow afternoon.

Her Royal Highness is due to attend tomorrow’s championship between Novak Djokovic and Matteo Berrettini.