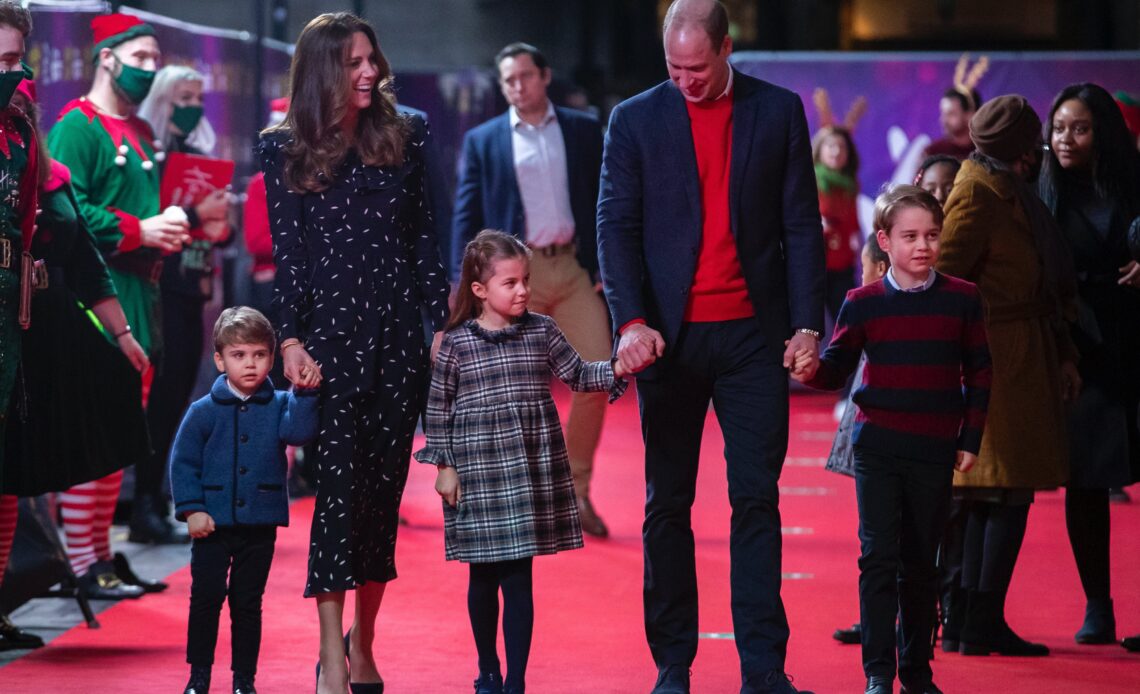 The Duke and Duchess of Cambridge and the Earl and Countess of Wessex may have inadvertently fallen foul of lockdown rules after their families were pictured together outdoors in a group of nine.

Strict regulations are in place in an attempt to curb the spread of the virus, with a tiered system in force across England.

Sandringham is currently in Tier 2 meaning it is against the law for more than six people can meet in a public place at any time.

Pictures published in the Daily Mail shows the William, Catherine, George, Charlotte and Louis meeting Edward, Sophie, Lady Louise and Viscount Severn in the woods at Sandringham on Sunday.

The Mail reports that the two families were visiting Luminate, a Christmas-themed woodland walk in The Queen’s Norfolk Estate.

Both families arrived separately, with sources saying there was no intention for either group to meet up, with the mingling being entirely unintentional.

Breaking the rules could see a fixed penalty notice of £200 for the first offence, with that amount doubling for each further offence up to a maximum of £6,400.

Royal sources told the Mail: “The two families were given separate consecutive slots to visit the trail just before it opened to the general public.

“They arrived and departed in their own family groups.

“As anyone with young children will know, there were moments on the 90-minute walk where it was difficult to keep the two family groups apart, particularly at bottlenecks on the trail.”