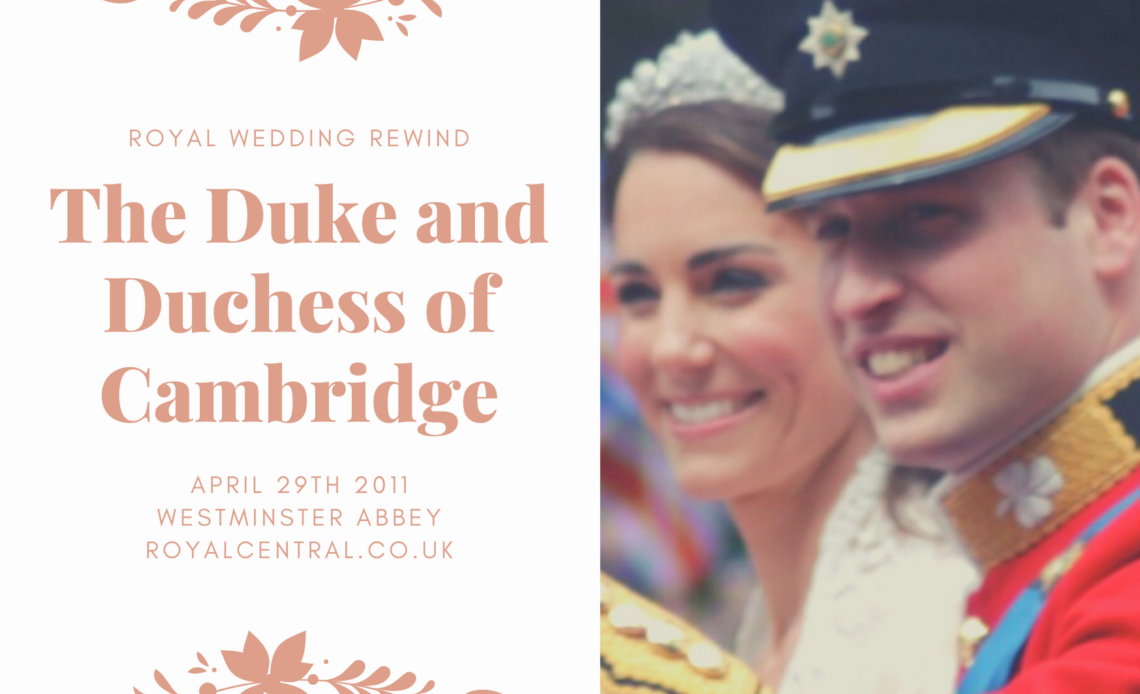 As we mark the 10th wedding anniversary of the Duke and Duchess of Cambridge, many will look back on the Duchess’s Alexander McQueen by Sarah Burton gown that she wore in Westminster Abbey. While it is the most famous gown of the day, the Duchess wore a second wedding gown for her evening reception at Buckingham Palace hosted by the Prince of Wales.

Catherine changed into an ivory satin strapless gown by Sarah Burton that featured diamond embellishments around the waist. She also wore a white angora bolero shrug over the dress. Her second gown had a circle skirt and had a sweetheart neckline. Unlike the gown she wore in Westminster Abbey, this one did not have a long train – enabling her to move easier and dance during the celebrations.

The Duchess of Cambridge’s second gown was more modern and less traditional royal fashion. Gone was the tiara and the half up-do hair and in was her well-known relaxed blowout.

The Prince of Wales hosted a private dinner in the evening at Buckingham Palace for close family and friends of the couple. Dancing and celebrations went on until three in the morning.

While Kate’s first wedding gown went on display in 2011, the second gown has never been exhibited. Both Sarah Burton’s creations led to a number of copycat wedding gowns and inspired many for their own weddings since the Royal Wedding on 29 April 2011.