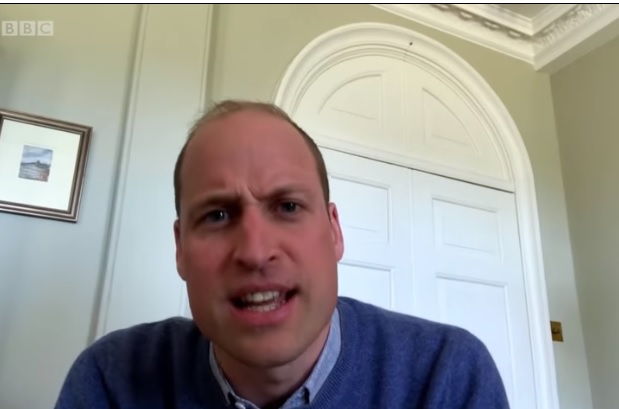 The Duke of Cambridge has taken a much more hard-line approach compared to The Queen towards the Duke and Duchess of Sussex following the fall-out of their interview with Oprah Winfrey.

Whereas The Queen’s statement on Tuesday evening was reflective and sombre, Prince William was keen to debunk any allegations that his family were racist.

Speaking to the waiting media on Thursday, William said the royals “are very much not a racist family.”

In her statement a couple of days ago, the 94-year-old monarch did not reference the racism allegations directly, but said ” some recollections may vary.”

The Queen’s hope is that the situation can be resolved behind closed doors in private, and indeed, this was expressed in her statement on Tuesday.

For Prince William to publicly say that his family are not racist perhaps highlights how different things might be should be be monarch at this present moment.

During their interview with Oprah Winfrey on Sunday, Harry and Meghan made explosive claims and allegations about The Royal Family.

One such allegation was that an unnamed member of the family made a racist remark about the colour of Archie’s skin.

Prince Harry also said that a distance has formed between himself and Prince William.

He said that their brotherly relationship is one of “space at the moment,” but added “I love William to bits.”

He added: “He’s my brother. We’ve been through hell together. We have a shared experience, but we were on different paths.”

On Tuesday, Buckingham Palace released a statement on behalf of The Queen saying: ”The whole family is saddened to learn the full extent of how challenging the last few years have been for Harry and Meghan.

“The issues raised, particularly that of race, are concerning.

“While some recollections may vary, they are taken very seriously and will be addressed by the family privately. Harry, Meghan and Archie will always be much loved family members.”