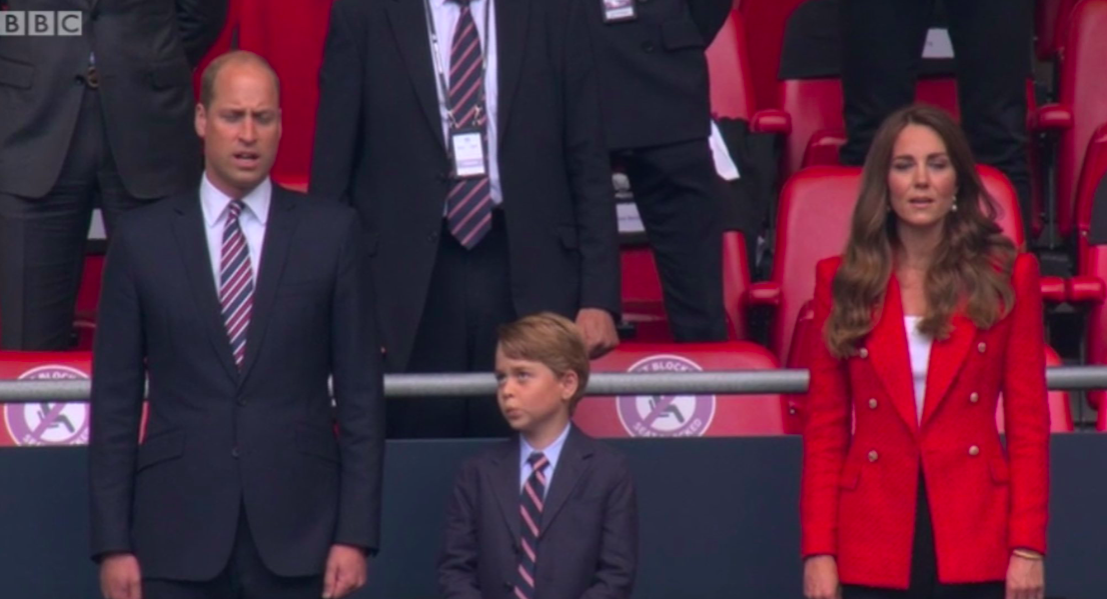 The young prince was joined by his parents, the Duke and Duchess of Cambridge, to watch the game.

As the crowd sang the UK National Anthem, television cameras zoomed in on the royal trio.

Prince George was suited and booted for the match, very much replicating his father.

The Duchess of Cambridge wore a red coat with a white shirt in possible homage to the flag of St George.

England beat Germany at Wembley for the first time since 1966. Their 2-0 win secured a place in the quarterfinals of the Euro 2020 Championships.

Approximately 40,000 fans were allowed access to Wembley for the game as part of a government trial on crowds returning to sporting events.

Prince William has been President of the the Football Association, the governing body of English football, since May 2006.

In that time, he has become heavily involved in football’s governance and has been an advocate for anti-racism campaigns in the sport.