Kate at 40: her patronages supporting children 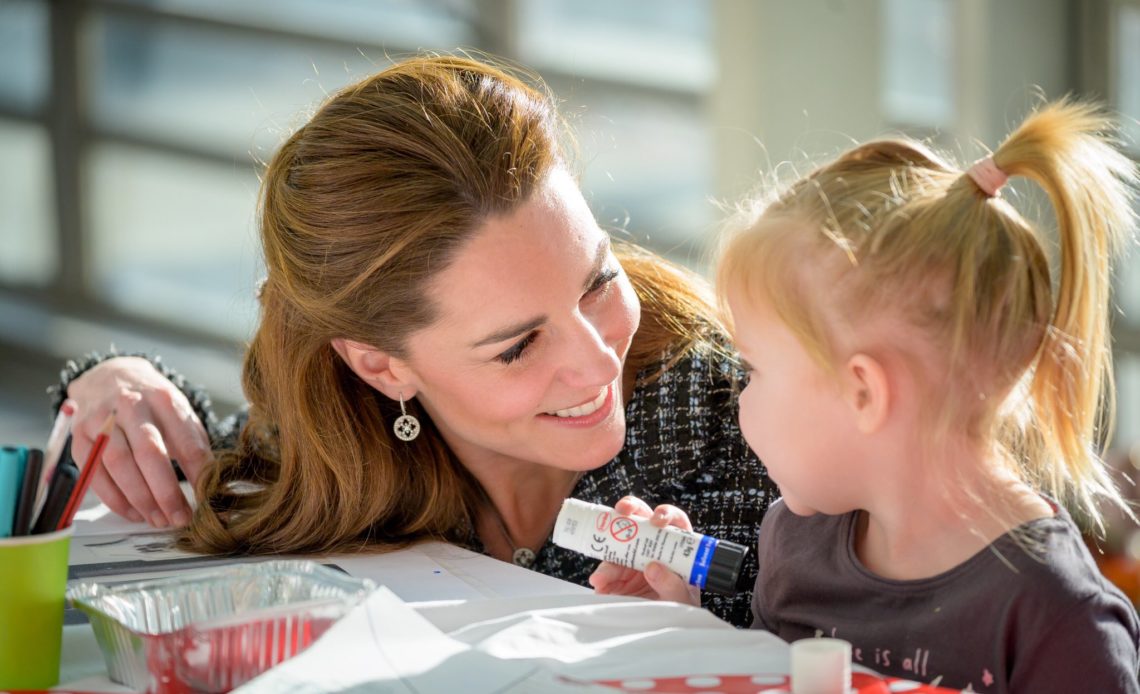 Since becoming a member of the royal family in 2011, the Duchess of Cambridge has become patron of a number of charities and organisations across the United Kingdom, particularly patronages focused on art, sports, young people, and mental health. As the Duchess celebrates her 40th birthday, Royal Central is taking a deeper look at her patronages supporting children.

In December 2016, the Duchess became the royal patron of Action for Children following in the footsteps of Her Majesty The Queen. Action for Children is a UK children’s charity created to help vulnerable children, young people, and their families. Throughout the UK, the charity has 7,000 staff and volunteers and operates more than 475 services. The Duchess has a keen interest in many of the organisation’s areas of work including mental health and the wellbeing of children. In a letter to the organisation in 2020, the Duchess said:

“Whilst you are having to adapt your services during this pandemic, it is heartening to know that you are still able to provide vital support to children and families across the UK, who need your help now more than ever.”

Another charity the Duchess serves as patron to is the Anna Freud National Centre for Children and families, a children’s charity dedicated to providing training and support for child mental health services. The Duchess became patron in early 2016. Peter Fonagy, Chief Executive of the Centre said: “Her Royal Highness’s work in this field is a catalyst for change and that is helping us to achieve the quality of care that children and their families so richly deserve.”

In May 2019, the Duchess opened the award-winning Kantor Centre of Excellence, a centre built to support new ways of transforming mental health provision in the UK and a centre built to improve the quality, accessibility, and effectiveness of treatment. The Duchess has also spearheaded the Heads Together campaign alongside the Duke of Cambridge and the Duke of Sussex. Led by The Royal Foundation in partnership with the Anna Freud Centre, the campaign has a significant role in changing the national conversation on mental health, tackling stigma, and providing vital help.

In April 2013, two years after officially becoming a member of the royal family, The Duchess marked Children’s Hospice Week by recording her first-ever video message to encourage people to support children’s hospices.

Ahead of its 150th anniversary, in 2018, the Duchess became the patron of Evelina London. Part of the Guy’s and St Thomas’ NHS Foundation trust, the children’s hospital is a specialist NHS hospital in London and provides teaching hospital facilities for London South Bank University and King’s College London School of Medicine. In April of 2020, the Duchess sent a personal letter to the hospital where staff began caring for adult coronavirus patients as well as sick children and young people.

After 65 years of The Queen as patron, Family Action announced Her Majesty would pass on her patronage to the Duchess of Cambridge. The London-based charity provides support for families in need. To mark the announcement, the Duchess traveled to Peterley Manor Farm to spend time with children and families supported by the organisation and to celebrate the beginning of the holiday season.

The Duchess has been royal patron of Place2Be, a children’s mental health charity since 2013. The charity provides counseling and emotional support to children and teachers across the nation. In 2015, the Duchess helped launch the first-ever Children’s Mental Health Week and in the years following, would take to social media several times to stress the importance of the week, and to highlight support options for those facing challenges, especially during the national lockdown.

In October 2014, the Duchess became patron of the 1851 Trust, a charitable arm of the UK team’s bid to bring America’s Cup back to Britain. The patronage works with young people under the age of 25 to inspire and engage a new generation through sailing and the marine industry. The Duchess has personal interests in sailing and upon the patronage announcement, said: “I am delighted to be Royal Patron of The 1851 Trust.  I feel very fortunate to have enjoyed sailing from a young age and I know it is a great way of providing young people with the opportunity to develop skills and confidence.

“It is a hugely exciting time for sailing as the British challenger bids to bring the America’s Cup back to Britain. I am looking forward to being part of this journey and I hope that through the 1851 Trust we can engage and inspire a new generation into sailing along the way.”