Princess Anne wraps up her two-day trip to Paris 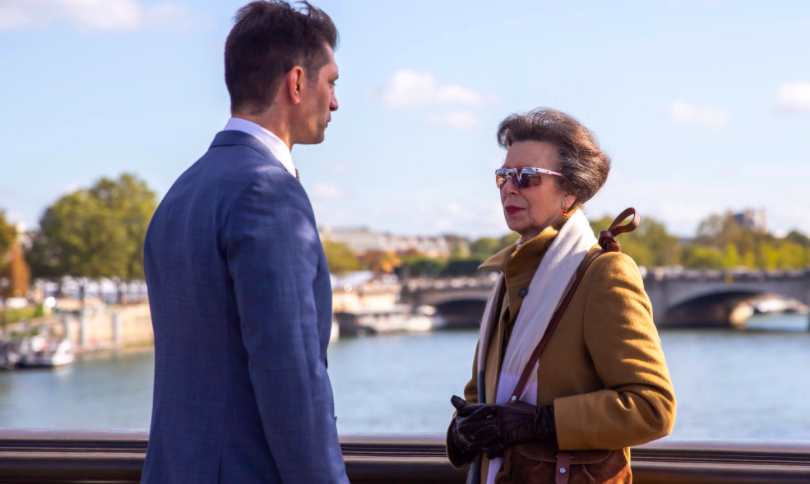 The Princess Royal has wrapped up her two-day visit to Paris. The Princess carried out a number of engagements in the French capital including meeting with representatives of the Paris 2024 Olympics, and meeting The Garde Républicaine, the twin of the British Army.

The trip started off with the 71-year-old meeting senior officials of the Olympic and Paralympic Games. The Princess, who is the Honorary President of the British Olympic Association also met with representatives from the 2023 France Rugby World Cup in connection to her role as patron of the Scottish Rugby Union. The same day, she attended the 100th running of the Prix de L’Arc de Triomphe – Europe’s richest horse race at Longchamp Racecourse. German-trained horse Torquator Tasso was the surprise victor of the race, winning at odds of 80/1 and beating horses who have previously won races including the Derby, the Oaks, and the St Leger. The Princess presented the trophy to the winning connections at the end of the race.

In honour of The Queen’s Platinum Jubilee coming up, the Princess took time to plant the first overseas Jubilee Tree as part of The Queen’s Green Canopy. The planting took place at the Residence of the British Ambassador to France and was attended by representatives of the Commonwealth Realms, and local scouts. The Queen’s Green Canopy is a UK-based project to plant trees in British Embassies, High Commissions, British Overseas Territories, and Crown Dependencies.

On Monday, 4 October, the second day of the royal visit, The Princess visited the UNESCO World Heritage Centre in Paris. The royal met with female scientists taking part in the UNESCO-L’Oreal Women in Science Programme. She also had a chance to view photographs from when her late father, the Duke of Edinburgh visited UNESCO in 1988. At the time, the Duke was president of the World Wildlife Fund (WWF.)

Lastly, as Colonel of the Blues and Royals of the Household Cavalry, the Princess visited the Garde Républicaine in Paris where she watched a military equine display. This is the first time Princess Anne has traveled abroad in 2021. She is regularly seen at the Olympic Games but did not attend this year’s Summer Games in Tokyo because of the global health crisis.