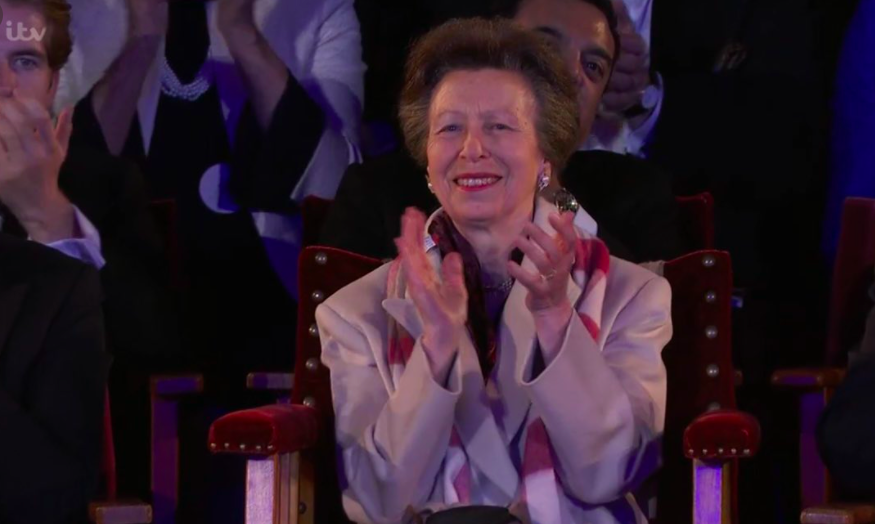 The Princess Royal was “visibly moved” when watching the first major event of the Platinum Jubilee.

Princess Anne was at Windsor Castle on Saturday evening to watch the show entitled ‘A Gallop Through History’ which featured over 500 horses and 1000 performers.

HRH attended the event the night before the live televised version of which The Queen attended.

Speaking to ITV, comedian Omid Djalili, who is one of the key performers, said Princess Anne was moved by the equine extravaganza.

He also revealed that Princess Anne told him afterwards: “Mama will like this.”

She joins members of her family and around 4,000 spectators to watch the gala evening which featured 500 horses and 1000 performers.

Amongst those who are performed at the extravaganza are Tom Cruise, Dame Helen Mirren and Katherine Jenkins.

The 90-minute production takes audiences on a gallop through history from the days of Elizabeth I to the present day and the record breaking reign of Elizabeth II.

It is staged in the same arena as The Diamond Jubilee Pageant in 2012, and The Queen’s 90th birthday celebration in 2016.