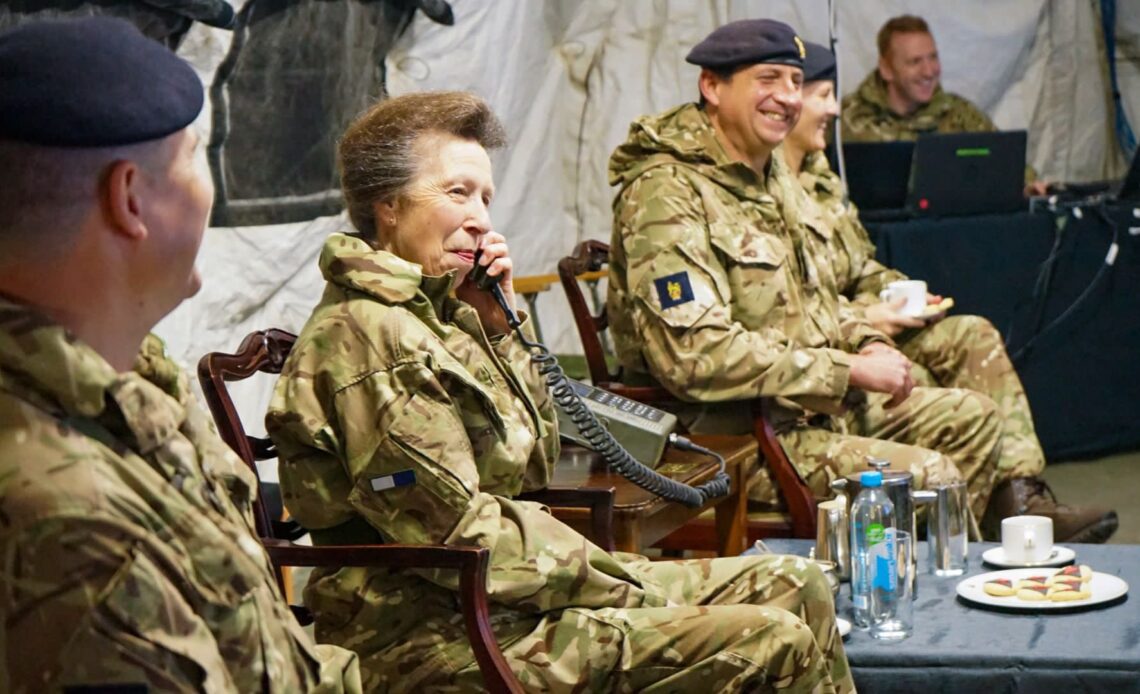 The Princess Royal joined The Royal Corps of Signals on a training exercise earlier this week in Wiltshire.

Princess Anne, who is Colonel-in-Chief of the Corps, joined soldiers from the 11 Signal and West Midlands Brigade while they were training on Exercise Flying Falcon. According to the Corps’ Facebook page, the Brigade has “deployed over 900 soldiers across the UK and Germany to rehearse communications and command system support for the UK’s warfighting division.”

The Royal Corps of Signals posted on their Facebook page: “Her Royal Highness met Regular and Reserve soldiers from across the Brigade to discuss the realities of working on the modern battlefield and into the cyber domain. As ever, Her Royal Highness’s visit gave a huge morale boost to those she met.”

Princess Anne spoke with soldiers during her visit to learn more about the work they do on battlefields and in supporting digital telecommunications.

The British Army website continues: “Whether fighting to set up complex information and radio networks under fire, enabling communications for humanitarian missions or providing 4G networks for multinational forces, the Royal Signals tackle a wide range of operations using their diverse skill set in times of peace and conflict.”

The Royal Corps of Signals was activated on 28 June 1920 and is headquartered at Blandford Camp in Dorset.

Princess Anne became Colonel-in-Chief of the Royal Corps of Signals on 11 June 1977, a gift from her mother, The Queen, during her Silver Jubilee year.

Previously, the last Princess Royal had been the Corps’ Colonel-in-Chief, with Princess Mary, Countess of Harewood, appointed in 1935 by her father, King George.