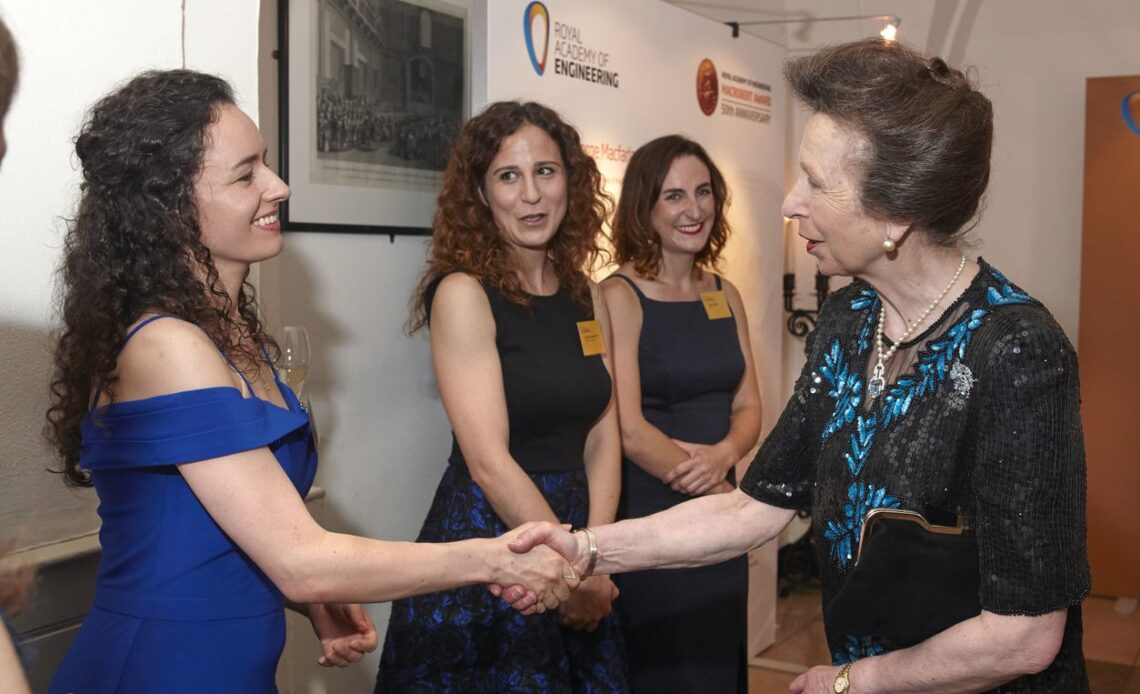 Photo by Royal Academy of Engineering

A prestigious engineering award has been renamed in honour of the Princess Royal.

The Royal Academy of Engineering will rename their Silver Medal as The Princess Royal Silver Medal.

The medal celebrates outstanding personal contribution to UK engineering by an early to mid-career engineer resulting in market exploitation.

Princess Anne’s name has been added to award to reflect Her Royal Highness’s outstanding contributions as a Royal Fellow and as an exceptional champion for engineering more broadly.

The Queen’s daughter is a vocal and longstanding supporter of women in engineering and science.

Princess Anne is not the only member of The Royal Family to have an engineering award named in her honour.

The Prince Philip Medal, named after her father, was created in 1991 by the Royal Academy of Engineering – itself a creation of the late Duke of Edinburgh in 1976. This award is presented periodically to an engineer, regardless of their location, “who has made an exceptional contribution to engineering as a whole through practice, management or education.”

Princess Anne is very much following in her father’s footsteps when it comes to her devotion to the field of engineering.

A number of years ago, the Duke of Edinburgh said in an interview: “Everything not invented by God is invented by an engineer”.

The Princess Royal Silver Medal and the Major Project Award for Sustainability are now open for nominations and further information can be found here.

The deadline for submissions for all Academy awards is 5pm on 4 February 2022.