Keeping up with Anne: a week of celebrations for the Princess Royal 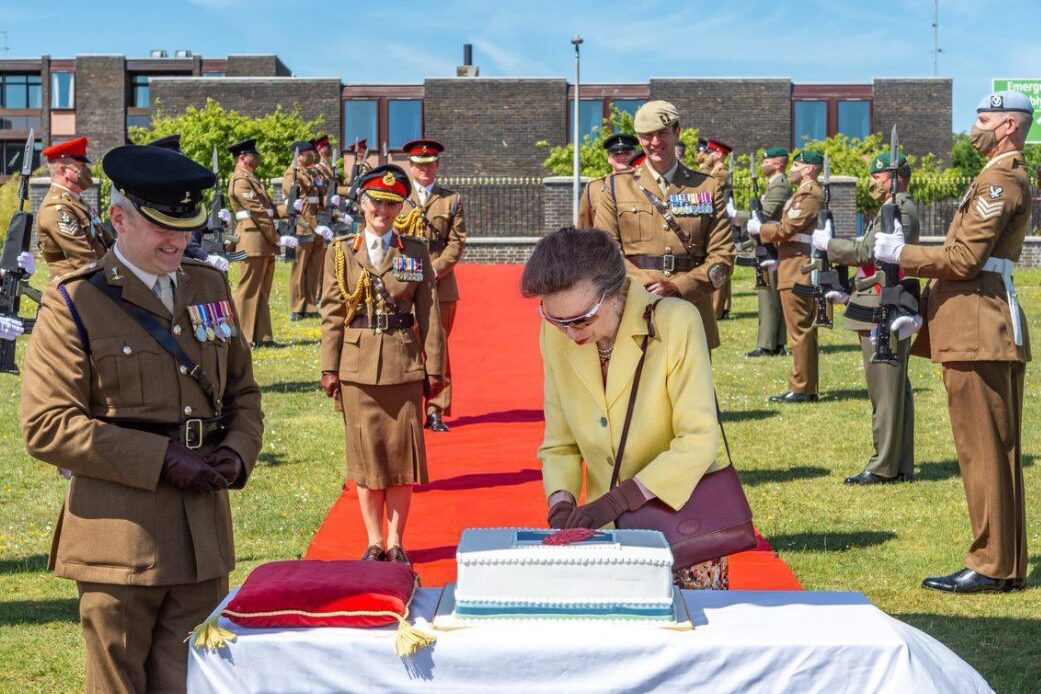 The Princess Royal has marked a special military milestone and celebrated volunteers as she added more face to face engagements to her diary as summer got under way.

Princess Anne was in Dorset on the first day of June 2021 for a visit to the 13th Signal Regiment at their base at Blandford Forum where she cut a cake for the first anniversary of their formation. Anne, who is Colonel-in-Chief of The Royal Corps of Signals, spent time chatting to soldiers from the 13th Signal Regiment to hear updates on their work and the impact of the pandemic.

The Princess Royal also travelled to Lockleaze in Bristol on June 2nd 2021 to thank those helping their local communities. Anne, in her role as patron of Gloucestershire Rugby Football Union, attended a Volunteers Awards ceremony where she presented prizes in recognition of supporting others through the many challenges of the past year.

Earlier the same day, Anne was in the City of London where, as Master, Corporation of Trinity House, she attended the Trinitytide Anniversary Annual Court Meeting as well as a church service and lunch.

As well as these face to face engagements, Princess Anne also carried out duties virtually during the week. With the Olympics on everyone’s minds as the Tokyo Games draw closer, Anne took part in a video link meeting of the  International Olympic Committee Members Election Commission of which she is chair. The Princess Royal also attended a video link meeting of St. George’s House Council, set up over 50 years ago by her father, the Duke of Edinburgh, as a place for debate around issues affecting the world today.