A select gathering witness unveiling of new tribute to Diana 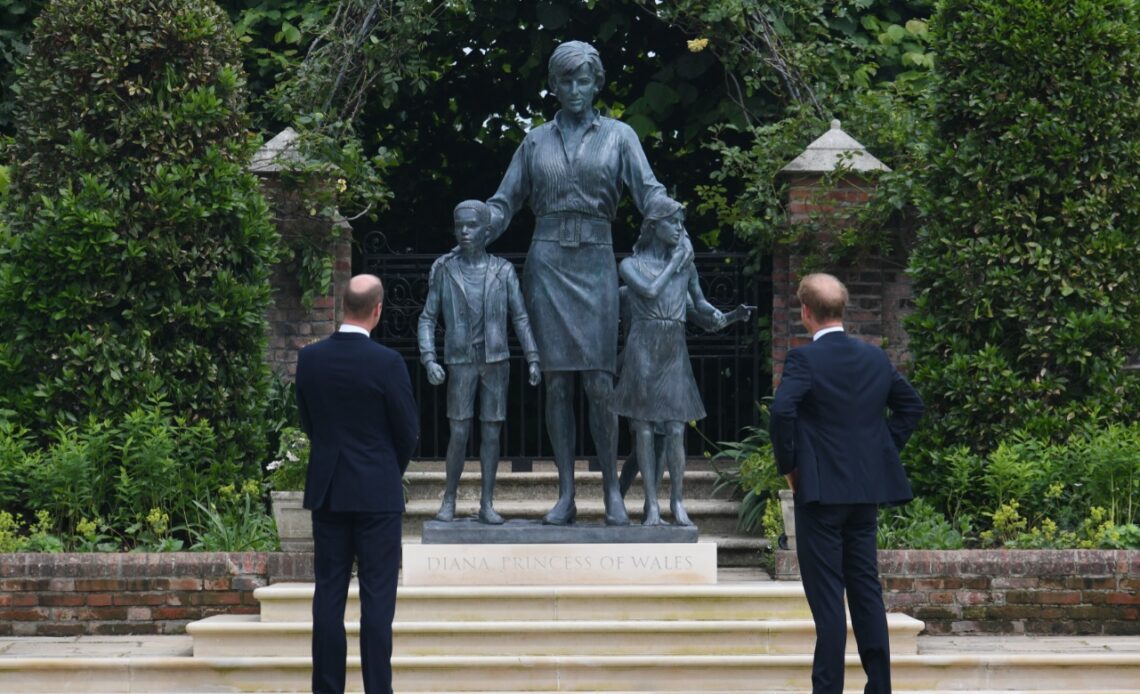 It was a poignant moment in Kensington Palace’s Sunken Garden when the statue of Diana, Princess of Wales was finally unveiled to the public. Along with Princes William and Harry, a small group of other people was chosen to witness the historic occasion, which took place on what would have been her 60th birthday.

Representing the Spencer family were Diana’s siblings Lady Jane Fellowes, Lady Sarah McCorquodale, and Charles Spencer, the 9th Earl Spencer. The trio showed up on foot, walking through through busy Kensington Gardens and viewing the various tributes laid out for Diana’s birthday. Previously, the most recent royal event the Spencers attended was Archie’s 2019 christening, when Lady Jane and Lady Sarah were both present.

An integral member of the gathering was the statue’s sculptor, Ian Rank-Broadley. Known as one of today’s top sculptors, he is known for his effigy of The Queen which has appeared on all UK and Commonwealth coinage since 1998. The statue, which is situated in one of Diana’s favourite spots, the palace’s Sunken Garden, shows Diana with three children to depict her work with young people.

Rank-Broadley said he “wanted to capture her warmth and humanity while showcasing the impact she had across generations” in the piece, which is casted in bronze with a patina of a bluish-green over black.

Morrison, who said the garden was carefully updated to complement the new statue, added the team hoped it would give visitors “a calming place for people who visit Kensington Palace to remember the princess.”

Members of the statue committee were there to see its official unveiling, including the brothers’ former private secretary Jamie Lowther-Pinkerton, who headed the committee. Other members included Diana’s close friend Julia Samuel, founder of Child Bereavement UK, gallery owner Gerry Farrell, and Guy Munson, a trustee of the Invictus Games Foundation.

The statue has been years in the making, as it was originally commissioned by William and Harry to mark the 20th anniversary of their mother’s death in 2017. The unveiling was delayed due to the ongoing public health crisis and rescheduled to the 60th anniversary of Diana’s birth on 1 July 2021.

Of the tribute to their mother, the princes said: “Every day, we wish she were still with us, and our hope is that this statue will be seen forever as a symbol of her life and her legacy.”